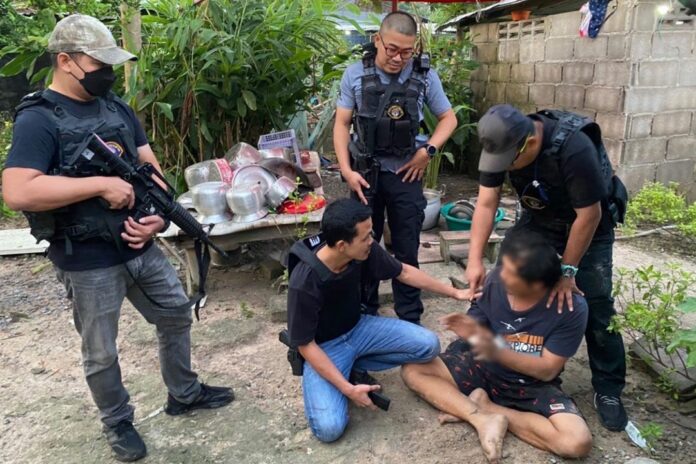 The last suspect who was wanted for being allegedly involved with the murder of a Canadian man in Phuket was eventually arrested in Hua Hin, Prachuap Khiri Khan province, on Sunday, October 30th, after 13 years of escape.

Samran Seemek, 39, was wanted by the Phuket Provincial Court for deliberate murder as stated in the arrest warrant issued on March 5th, 2009. According to the authorities, Canadian Francis Alex Degioanni, 34, who was an owner of Panorama Condominium in Kathu district, was shot to death at his house in the Patong Subdistrict on February 19th, 2009. The initial investigation revealed that Degioanni was reportedly having a conflict with a Singaporean businessman in the real estate business.

The businessman reportedly contacted a Thai woman to hire gunmen. Five out of six suspects, including the businessman and four gunmen, were arrested in 2009, leaving only Samran who was reportedly finding accommodation for the gunmen and driving a motorcycle for them. The ongoing investigation revealed that the last suspect was discreetly living with an old friend in the Hin Lek Fai Sub-district of Hua Hin. The officials, therefore, requested for arrest approval from the Hua Hin Provincial Court before entering the suspect’s house and conducting the arrest.

Initially, Samran denied all of the charges against him. He was taken back to Patong Police Station for further interrogation and legal proceedings.