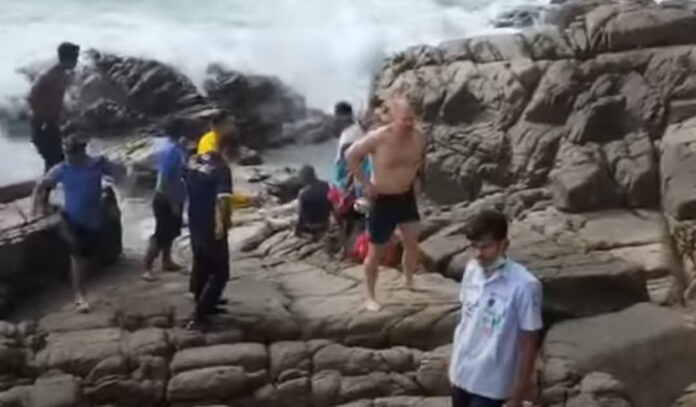 A foreigner on a canoe has been rescued after battling with waves near a beach in Thalang.

Thalang District Officials reported yesterday (October 21st) that an unidentified foreign man went into the sea on a canoe at Nai Thon Beach in which red flags warning to stay out of the water were set up due to strong waves in the sea.

Authorities in Phuket have once again asked tourists and residents to obey flags and warnings on beaches.