A major road in Thalang was paralyzed from flooding as rain has continued.

The rain has started again since this morning (October 18th) which has caused many areas in Thalang to begin flooding again, following drastic flooding over the past weekend. 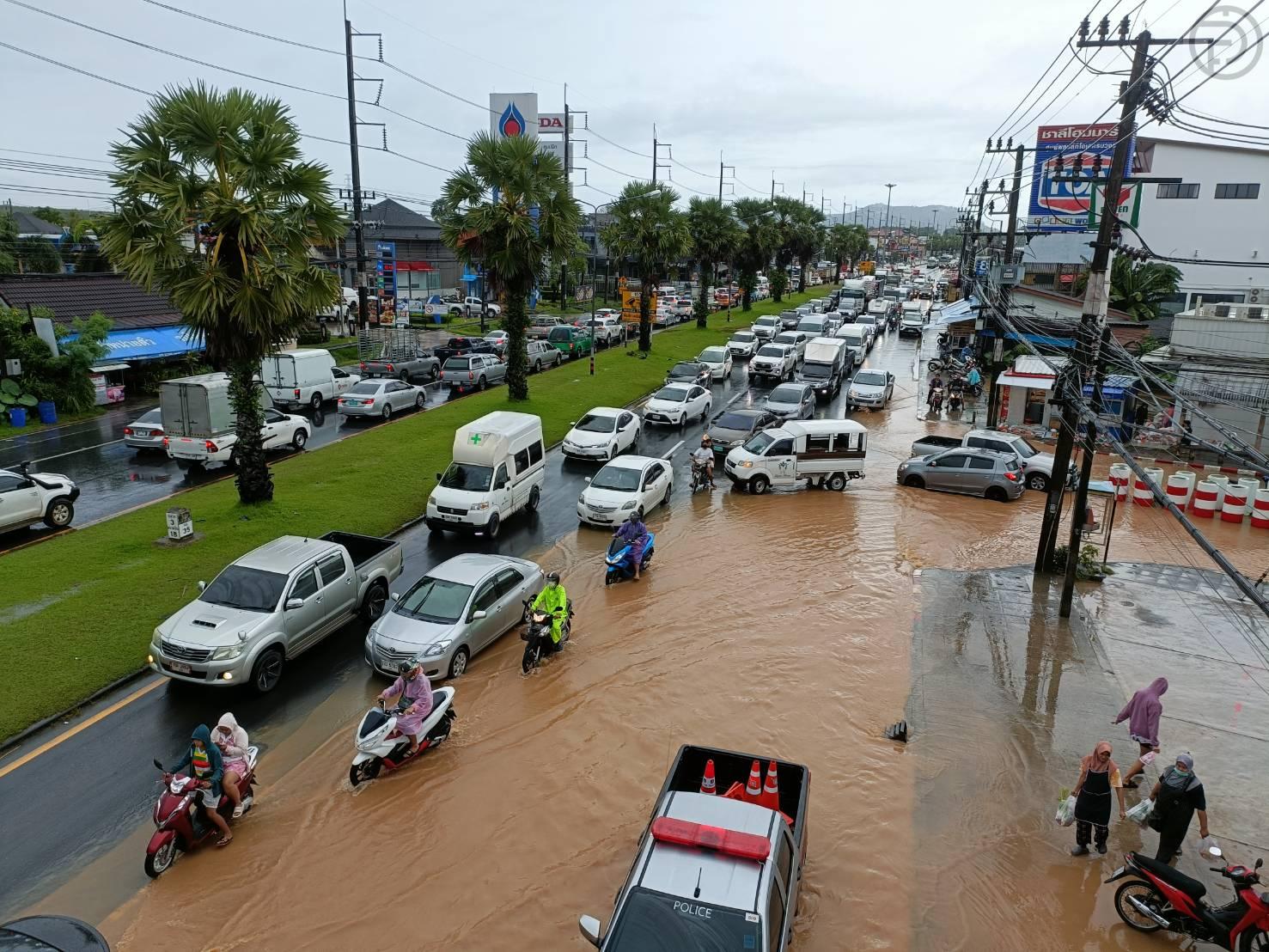 On the Thep Kasattri Road in Baan Lipohn in tge Thep Kasattri sub-district both north bound and south bound lanes were flooded. Traffic was delayed for many kilometers.

Meanwhile, in Cherng Talay, many roads were flooded with strong currents running through the area. Many motorbikes were unable to pass. 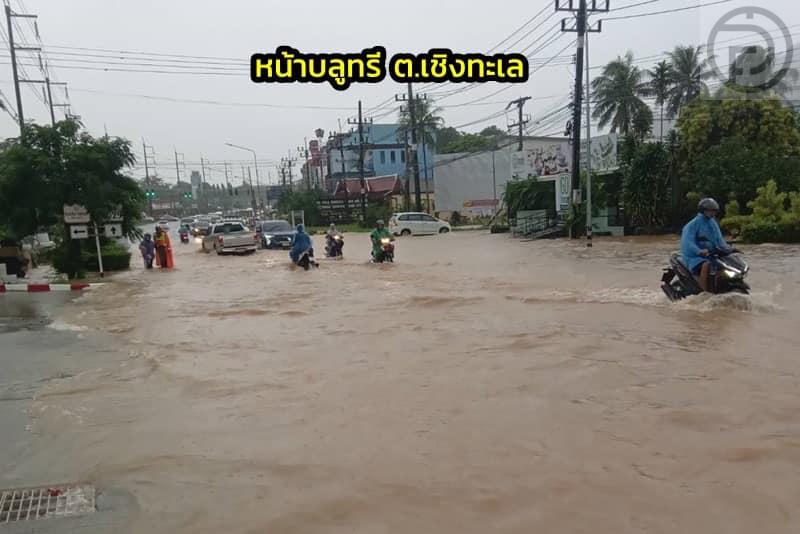 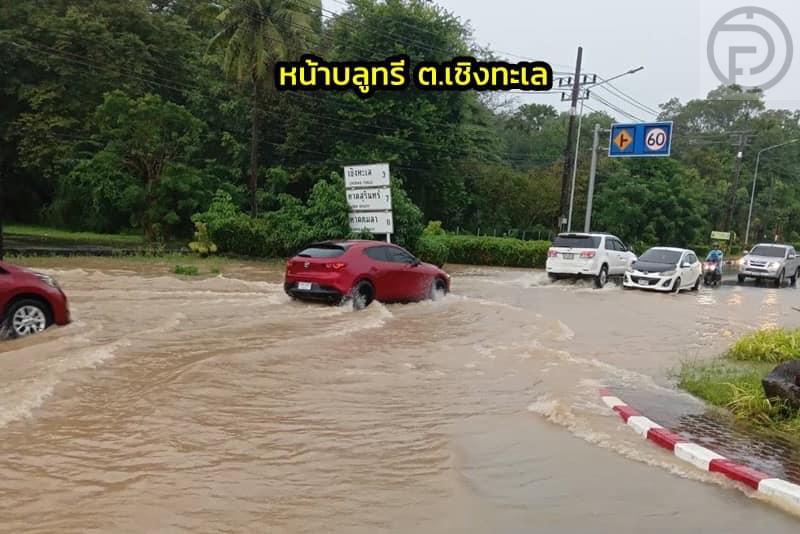 As of 2:00 P.M. water has begun to recede and the situation is back to nearly normal. 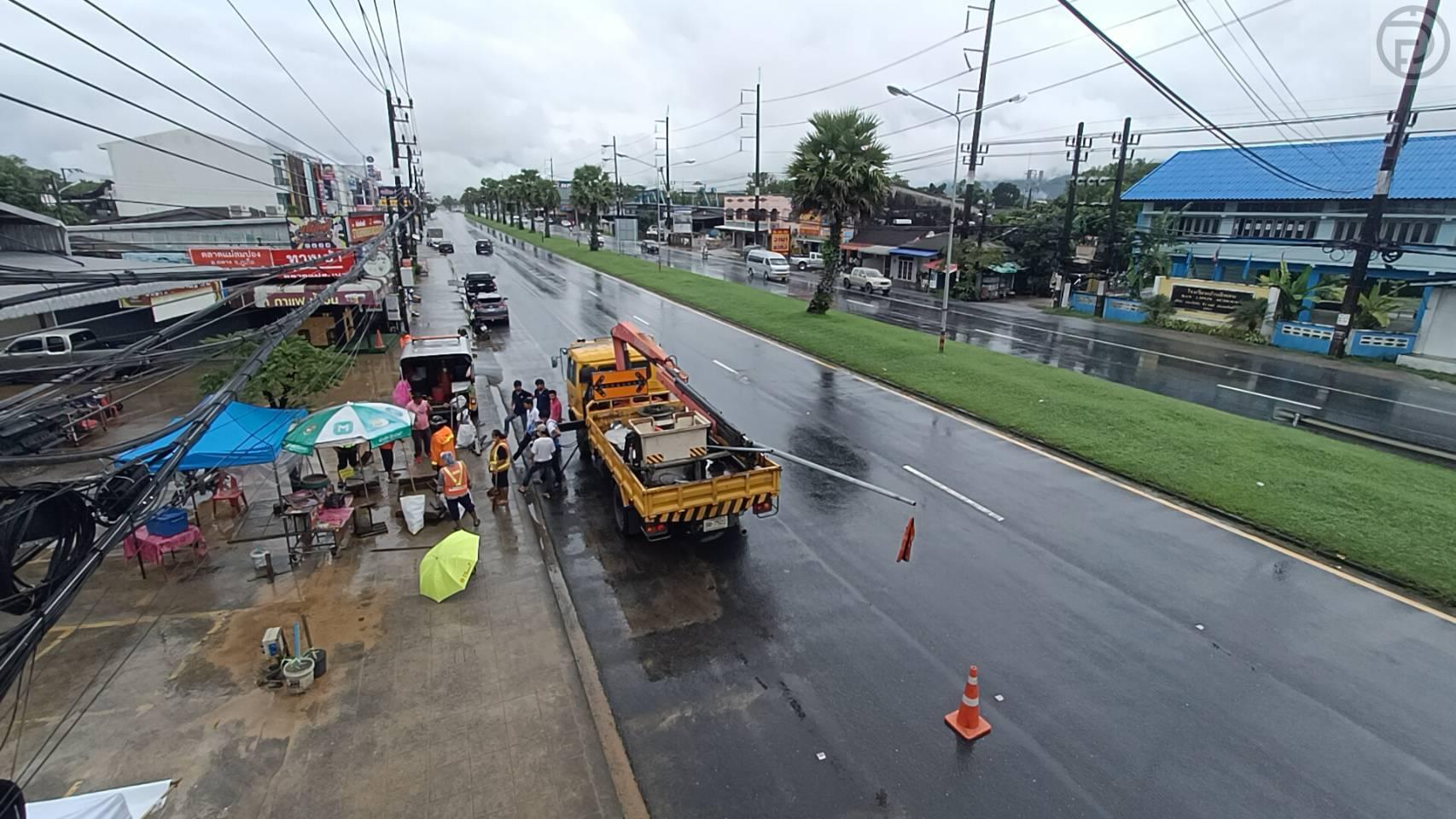 However, at Soi Pa Neang and Soi Samkong 1 in the Rassada sub-district, Mueang Phuket district, residents are still suffering from the floods. The Royal Thai Navy has been assisting to remove floodwater since yesterday. Large water pumps are being used 24-hours a day to drain the water. 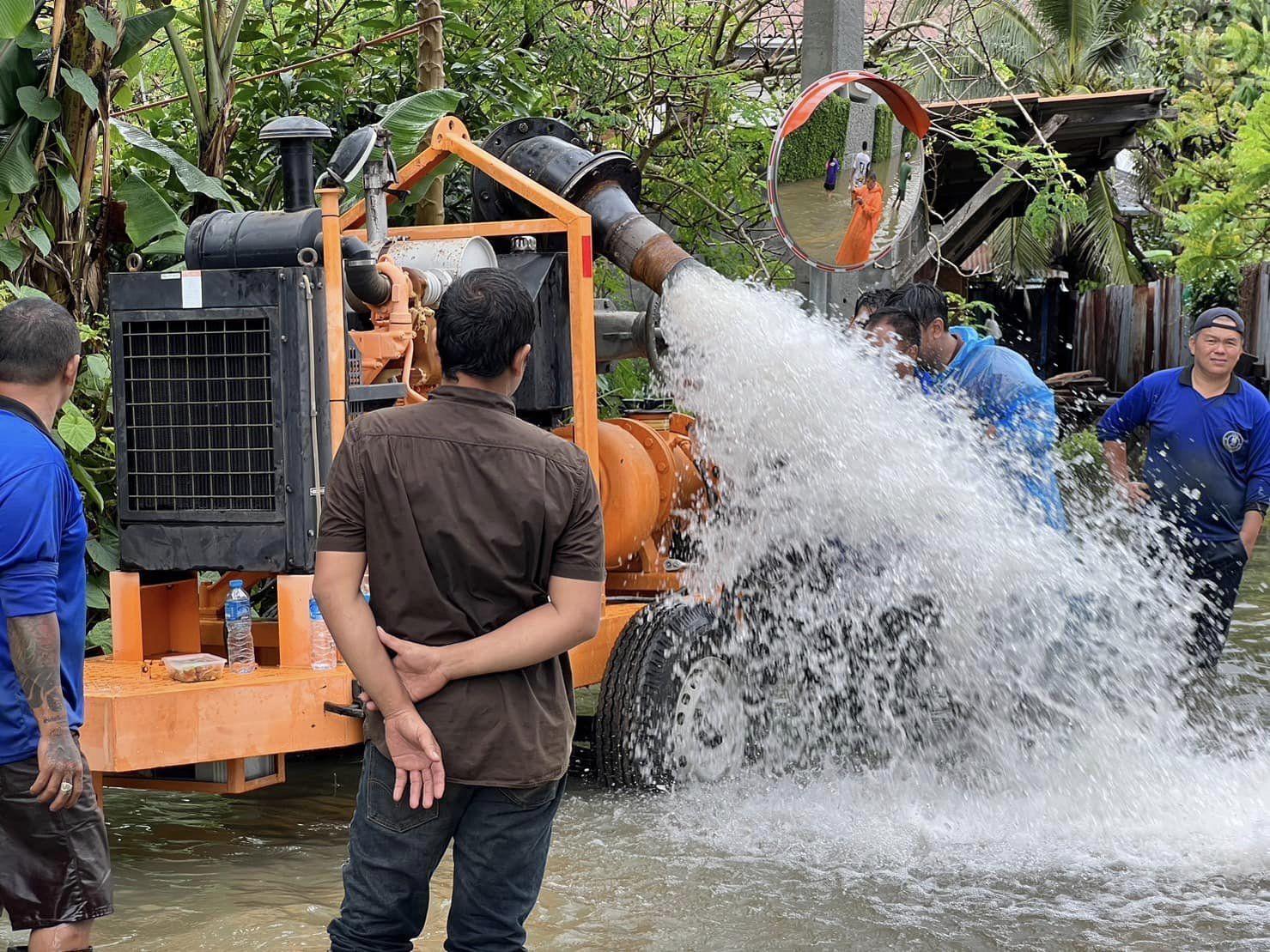 Aid groups were seen passing out food and water as well as medical supplies to those in need in the flood zones. 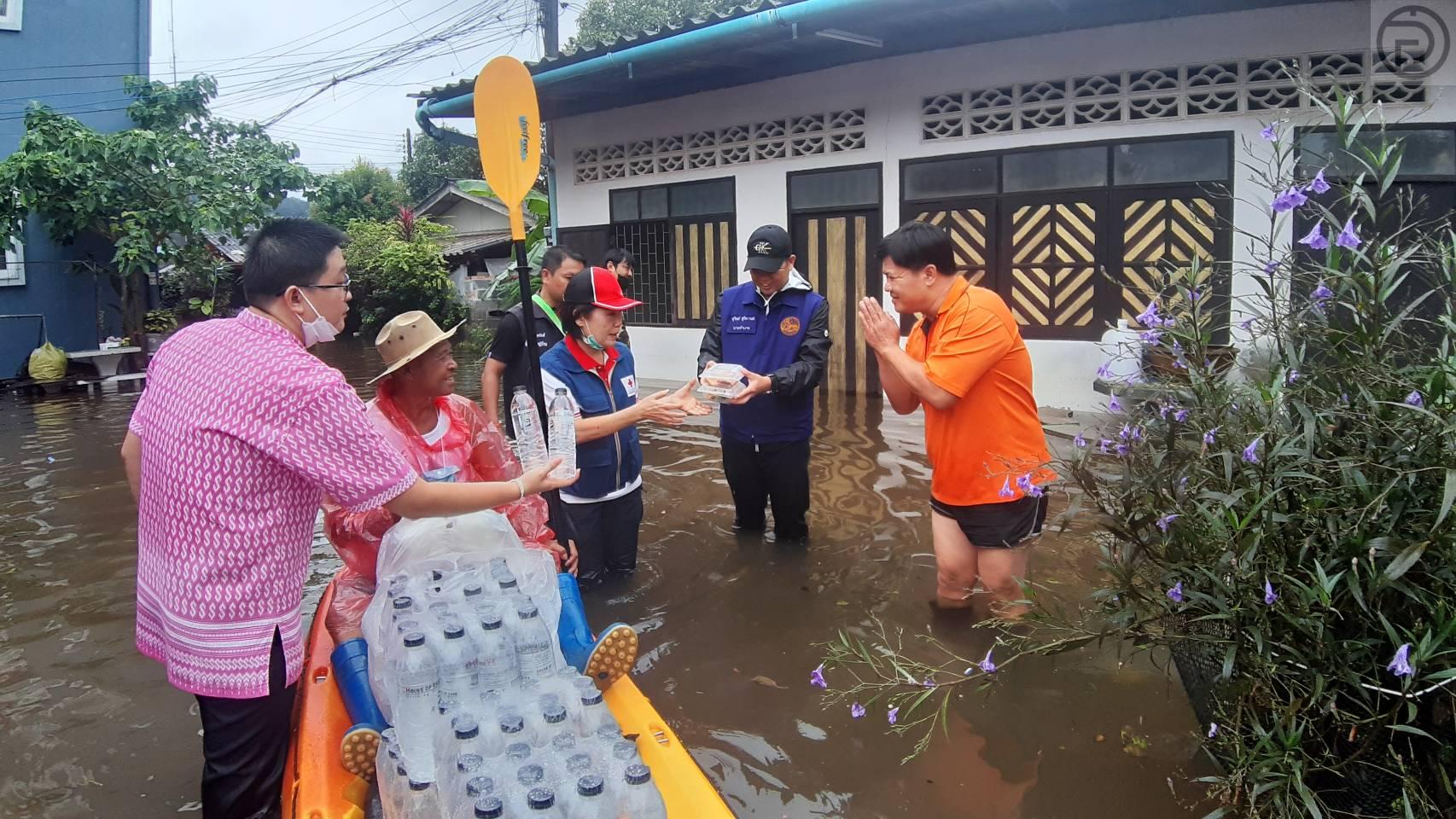