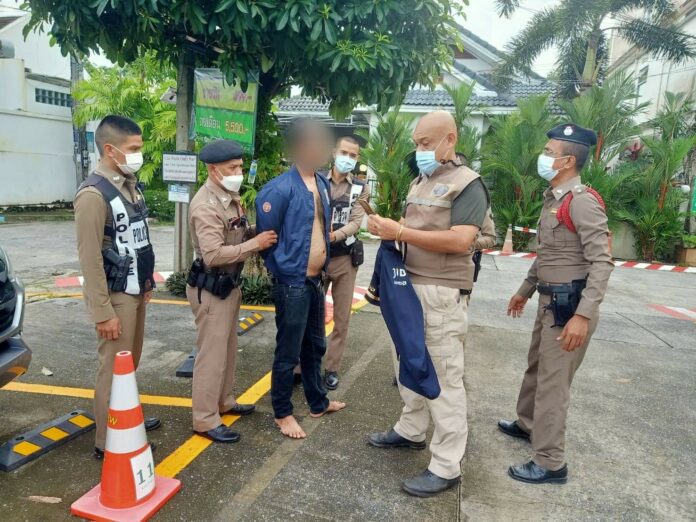 A man high on methamphetamine was arrested after being found wandering around a private housing estate in Kathu.

The Kathu Police told the Phuket Express at 6:22 A.M. this morning (October 10th) that they were notified that an erratic man was wandering inside a private housing estate in Kathu.

Law enforcement arrived at the scene to find the man was walking shoeless around the estate. He refused to speak but kept approaching police despite warnings from law enforcement to keep his distance

Police managed to arrest the man without an altercation. No illegal drugs or weapons were found with him. A driving license found with him identified as Mr. Nadon Fonglaae, 32, from Phang Nga.

Nadon admitted to police that he took some crystal methamphetamine and methamphetamine pills and an unnamed friend dropped him off at the housing estate, although Nadon wasn’t sure why.

Nadon was taken to the Kathu Police Station for drug testing and further charges.

Meanwhile, an intoxicated armed man has been arrested after he was carrying a chicken while walking around all night on Coconut Island in Phuket, scaring local residents.