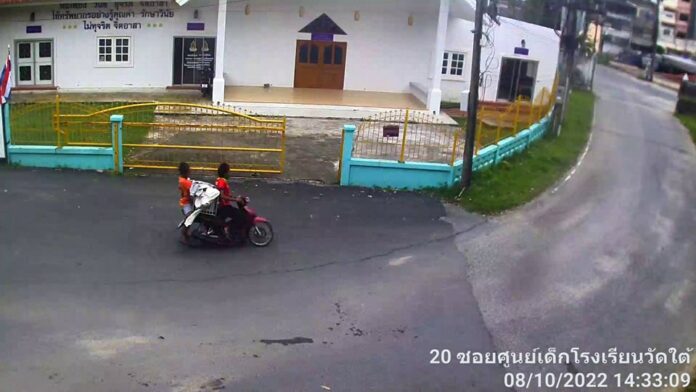 Two teenagers were arrested within one hour after stealing a donation box from a temple in Chalong.

The Chalong Police reported yesterday (October 8th) that they were notified at 2:48 P.M. that two male teenagers stole a donation box from the Latti Wanaram Temple (Tai Temple) in Chalong.

The Chalong Police immediately investigated and have arrested two male teenage suspects aged 15 and 17 who were on a motorbike in Soi Yod Sanae in Chalong within one hour.

Seized from them were donation boxes with 560 baht. They were taken to the Chalong Police Station for further legal action.

The suspects names were withheld due to being juveniles.