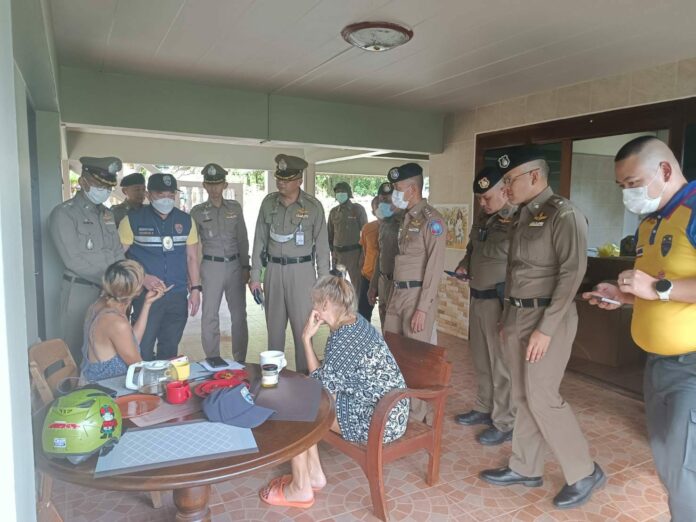 A Russian woman on Samui Island tried to escape before she was caught after she was found to have overstayed her visa giving her permission to be in Thailand for over two years.

The Bo Phut Police reported yesterday (October 7th) that a team from the Samui Police, Bo Phut Police, and Surat Thani Immigration Officers launched a crackdown on overstaying foreigners in the area.

Police raided a rental house in the Maret sub-district following a tip from an anonymous concerned citizen. A 59-year-old Russian woman tried to climb across a wall when she saw the officers but she failed to scale the wall completely. The woman was found with 674 days or two years of overstaying. She was taken to the Surat Thani Immigration Office for further legal action.

The overstaying crackdown came after five foreign suspects have escaped from Thailand after they were allegedly involved in extorting a Russian man for crypto currency on Samui Island.