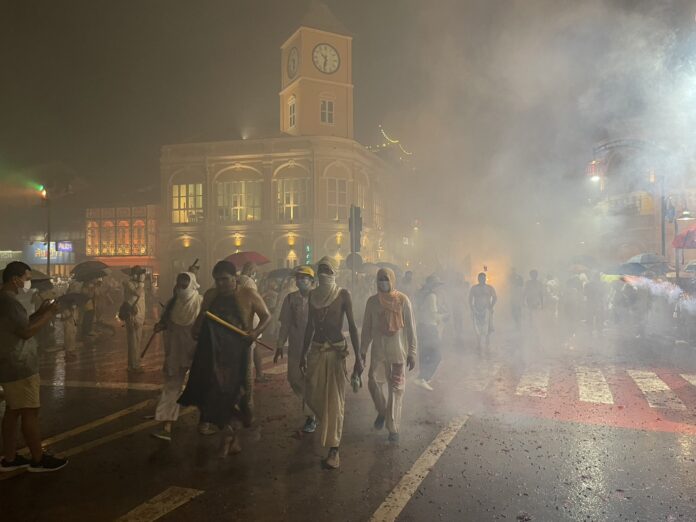 The Phuket Vegetarian festival began with a ceremony at the Jui Tui Shrine where the ‘Go Teng’ Pole was raised on September 26th. The Go Teng pole is the sign of the beginning of the vegetarian festival.

Last night (October 4th) the farewell ritual started at 10:00 P.M. Every shrine in Phuket joined the ritual processions sending the Nine Emperor Gods or ‘Kiu Ong’ at midnight back to heaven.

Thousands of people joined the event with an estimated million firecrackers along roads in Phuket Town. However, many people were injured by firecrackers on their hands, legs, and feet. They were taken to local hospitals.

Today (October 5th) from 4:00 P.M. onward each shrine will hold a ceremony to move the ‘Go Teng’ Pole down which will officially end the festival.

The Phuket Vegetarian Festival next year will be from October 15th to October 23rd.