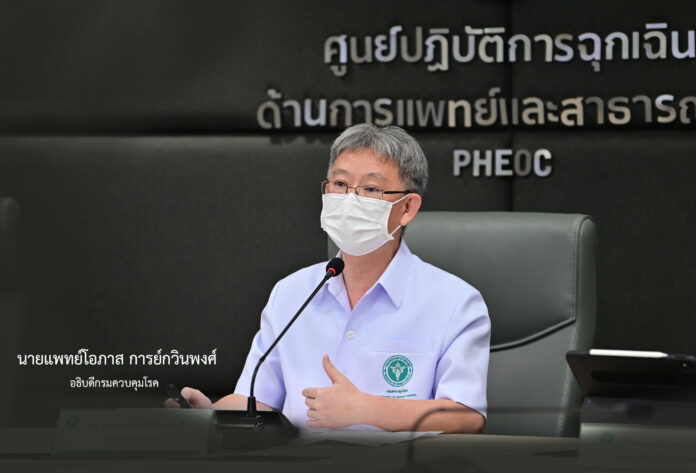 Thailand on Friday (September 30th), reported the ninth and tenth confirmed cases of Monkeypox found in Phuket which are a Thai woman and a German man.

Dr. Opas Karnkawinpong, Director-General of the Department of Disease Control, revealed the discovery to the Associated Press.

The Thai woman, 39, who is a service worker, has had a fever since September 16th. She has swollen lymph nodes and rashes. She said she did not go abroad during the last 21 days.

However, she is a close contact with a German man, 54, in Phuket. The German was finally found in Phuket by disease officials and he started to have swollen lymph nodes and rashes on September 27th.

Both patients are now under close observation of medical personnel and Public Health officials.