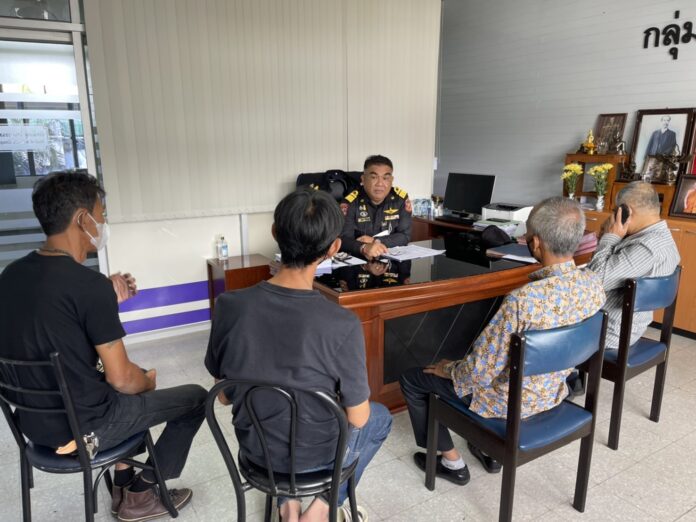 The driving licenses of three minivan drivers who were involved in a viral brawl in Phuket have been suspended for six months.

Two minivan drivers presented themselves to police after allegedly attacking other drivers in front of a famous souvenir shop in Phuket.

Mr. Kornpitak Artsuwan from the Phuket Land Transport Office told the Phuket Express, “The driving licenses of three minivan drivers who were the prime agitators in the incident have been suspended for six months. They are not allowed to drive taxis including minivan taxis for six months. They have damaged the excellent image and reputation of Phuket and Thailand due to fighting while foreign tourists were watching them, with the aftermath being shared widely on social media.”

One of the suspect drivers, only identified as Mr. Piya, told The Phuket Express, “I am very sorry for getting involved in a physical altercation. I lost my temper even though I tried to control myself. However, there are some misunderstandings in the story that had gone viral in social media and the video is not exactly what it appears to be. In the future I will not do anything like this again.”

Mr. Piya did not offer to explain what he felt the misunderstandings were or exactly how the video was not what it appeared to be, notes The Phuket Express.

The viral incident caused an enormous reaction on both English language and Thai social media. For many years well before the Covid-19 pandemic authorities in Phuket have tried, with mixed results, to rein in problems with taxi drivers and tourists that have often hurt the image and reputation of Phuket.

In this particular situation, the drivers were fighting over commission being given from a shop to drivers for bringing customers to visit. However, there are also often complaints from tourists regarding pricing, refusal to use meters, refusal to take certain customers or accept certain destinations, and other various concerns.

Phuket authorities have said they will continue to make resolving issues with taxi drivers a top priority.