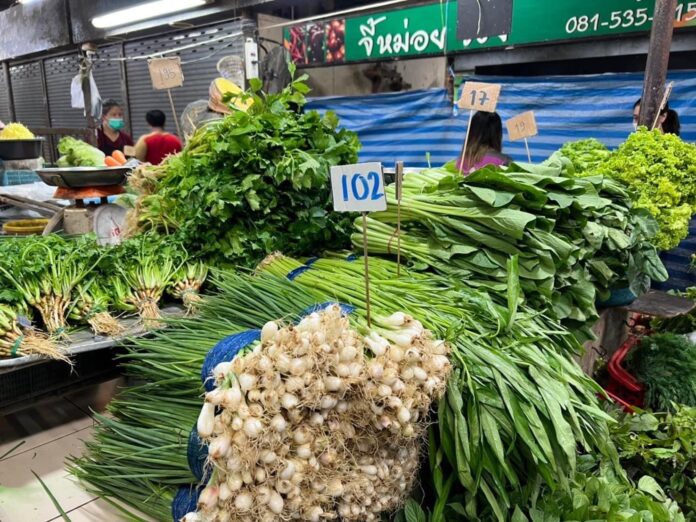 Vegetable prices in Phuket have been gradually increasing before the vegetarian festival has started.

This morning (September 22nd) the Phuket Express reporters visited the Public Market 2 (Kaset Market) which is one of the biggest markets in Phuket Town.

Many types of vegetable prices have been increased on average from five to twenty baht per kilogram while other vegetarian ingredient prices has been increased too. Vegetable vendors, however, said the rising prices were not meant to gouge the consumer but were due to a variety of factors.

One of the vegetable sellers, who declined to give their name, told the Phuket Express vegetable prices have increased because many vegetable plantations in the cented of Thailand were flooded and many areas were suffering with lots of rain before the vegetarian festival.

However, before and during the vegetarian festival in Phuket, vegetable prices are increasing as normal like every year as high demand coincides with less supplies.

The annual Phuket Vegetarian Festival was officially announced which will be held for nine days from September 26th to October 4th.