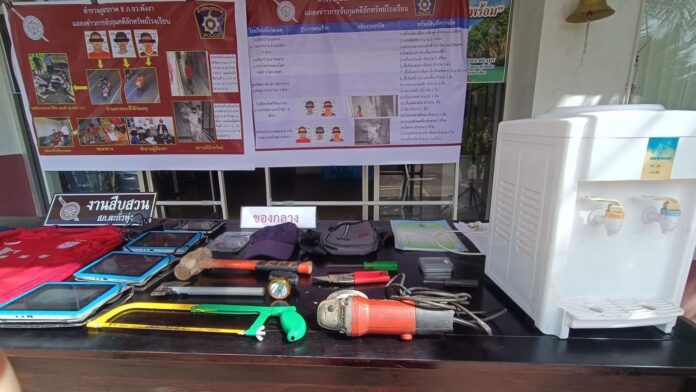 One of several suspects who broke into many schools in Phang Nga has surrendered while the others are still on the run.

Police in Phang Nga are hunting for suspects who broke into many schools in the Takua Thung district.

The Takua Pa Police reports one of the suspects, identified only by the name of Mr. Sarayut, has surrendered after an arrest warrant has been issued for him.

Police found many stolen items including tablets and laptops at his home in the Khok Kloi district, Phang Nga. The suspect admitted to police his friends are still on the run which he named only as Mr. Seehanart, Mr. Sutthiboon, and Mr. Surasak. They broke into five schools in total according to Sarayut. Some stolen items were sold to second hand shops and via online.

Police are hunting for the other suspects.