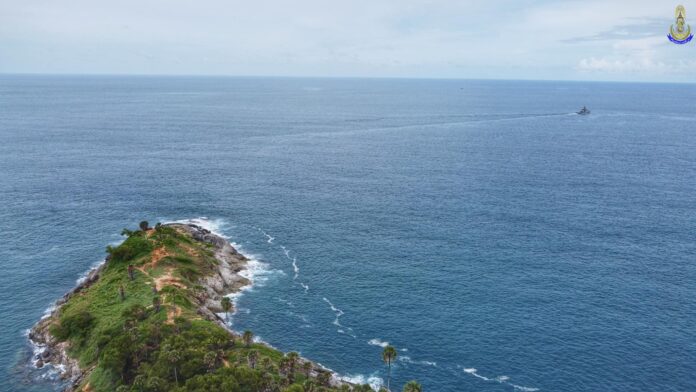 A suspect who robbed a convenience twice in Wichit in three hours was arrested within 16 hours.

The suspect was identified by police only as Mr. Nikhom, 31. He was arrested at his relatives’s house. He is facing charges of theft by night.

2. A suspect has been arrested after he stole mobile phones left in motorbikes at least five times in Wichit.

The suspect admitted to police that he stole mobile phones that were placed in storage compartments in front of various motorbikes when the owner went to buy food or run a quick errand.

3. Officials are hunting for a graffiti artist who sprayed colors on large rocks at Racha Yai Island.

4. A foreign motorbike rider was caught on camera while he was doing wheelies on a main road in Phuket.

A group of foreign motorbike riders were driving on the Thep Kasattri road in the Rassada sub-district, Mueang Phuket district. One of them was caught on camera while he was doing wheelies.

5. The Phuket Marine Police have arrested an armed couple who allegedly were stealing from boats at a pier in Phuket.

The suspects were taken to the Phuket City Police Station. They were facing charges of pier invasion at night, boat theft, illegal possession of firearms, and carrying a gun in public without permission.