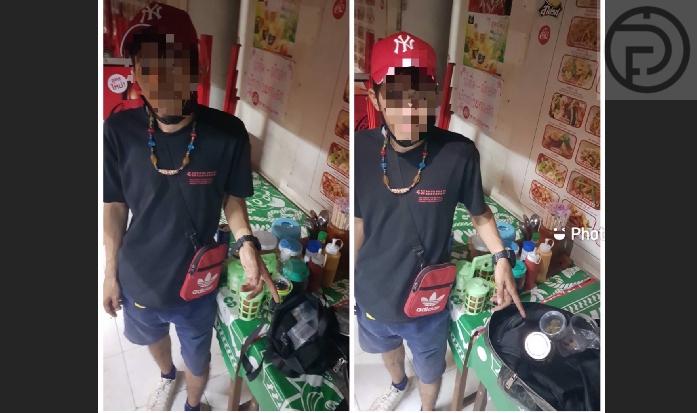 A man was reportedly fined 1,000 baht after he has been arrested in Patong for selling cannabis without a proper license on Bangla Road.

The Patong Police Chief Colonel Sujin Nilabodee had ordered an investigation after they were notified by concerned citizens that many people were allegedly selling cannabis on Bangla Road without permission.

Patong Police reported that they arrested a man identified only by his first name, Mr. Kittipong, 25. Seized from him was dried cannabis and cannabis cigarettes. He was taken to the Patong Police Station and is facing charges of illegally selling cannabis in public. He was fined 1,000 baht.

The fine was reportedly technically for not having general permission to sell products on the street, not cannabis specifically, as cannabis is in a grey area currently law wise.

TPN notes that cannabis laws in general are currently in a vaccum state causing much confusion amongst both the public and law enforcement. In fact, with final laws around cannabis currently being held up by political debate between opposing parties, the ability to legally get a license to sell cannabis is questionable, according to some legal experts in Thailand.

Private use and consumption has been legal since cannabis was decriminalized on June 9th, but opponents of the decriminalization want marijuana to be made a narcotic once more and banned, citing health concerns and saying it is impossible to stop recreational use unless the drug is made a narcotic once again. Many support strict medical use but do not support any sort of recreational use.

For more on the ongoing debate around cannabis in Thailand, click here.