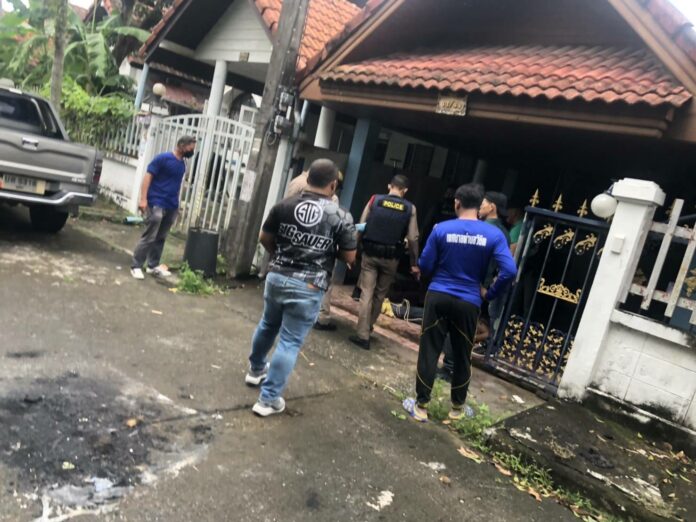 An intoxicated man was stopped by police with a taser (electric gun) after he damaged cars and homes in Wichit.

This afternoon (September 7th) the Wichit Police was notified from residents that an intoxicated man was hitting cars and damaging homes at a housing estate in Wichit.

They arrived at the scene to find the intoxicated man who was carrying an iron bar with a sharp end. Police decided to use an electric gun to stop his fury as he refused to cooperate with law enforcement directions, drop his weapon, or negotiate. He was finally arrested after being tased. The man was identified by police only as Mr. Nan, 36. He was taken to a hospital for drug testing and was unwilling or unable to speak about the incident or answer any questions about what drove him to his actions.

Local residents told police that the man was always angry and erratic. He had been arrested before for similar behavior. He lived in a house in the housing estate alone as his relatives were reportedly afraid of him. It was unclear if he was employed or how he paid his expenses.

Police have yet to press any charges against the man while waiting for drug results from a local hospital. The man may also possibly be referred to a psychiatrist.