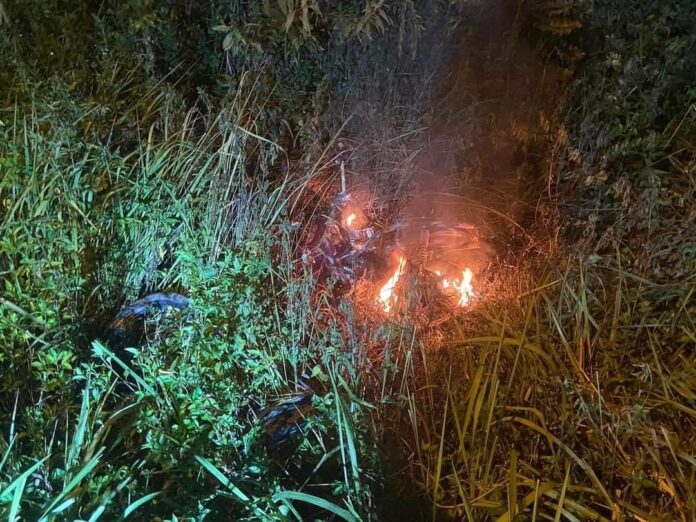 A suspect has been arrested after three students were shot to death near a burning motorbike on a roadside in Krabi.

Police checked CCTV nearby before they found the suspect’s black BMW sedan. They tracked the vehicle down due to a visible license plate to a garage in Khao Phanom. They later arrested the suspect Mr.Teerasak ‘Toi’ Boonrueng, 42, the garage owner.

Teerasak told police that he had taken two methamphetamine pills prior to the incident and became paranoid, thinking that someone would kill him.

Police said he was driving the BMW sedan before crashing into the motorbike carrying the three teenagers which was coming from the opposite lane. He shot the students to death before burning the motorbike following the accident, claiming they were trying to kill him. The parties did not know each other and the teens were not armed and according to individuals who viewed the CCTV did not threaten the suspect in any way.

The horrific crime has shocked Thai social media and the suspect remains in custody.