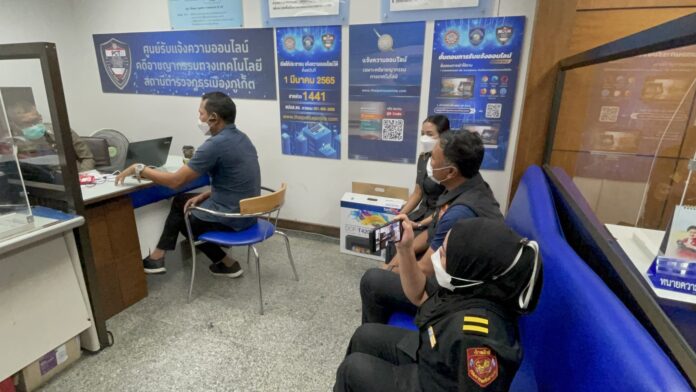 Drivers of two minibus services were summoned to the Phuket Police Station on Sunday, September 4th, following a quarrel over picking up foreign customers near the Rassada Pier in Mueang district on Friday, September 2nd.

A clip of the quarrel was shared online showing a minivan driver appearing to be talking to a man wearing a black shirt who claimed to be the taxi queue manager and told four foreign tourists to get off the minibus. The driver then explained to the tourists for their understanding while the man was heard in the video saying he was ordered to monitor who was the ‘taxi mafia’. The minivan driver seen in the video clip arrived at the police station on Sunday for further questioning. According to his statement, the female tourists used an application for the service from his minibus company.

When he picked them up in front of Rassada Pier, he was stopped by the other minibus employee who regularly provided service for foreigners in the area.

The man who was wearing a black shirt was also summoned to the police station for interrogation in the following step. Neither man was identified by law enforcement. 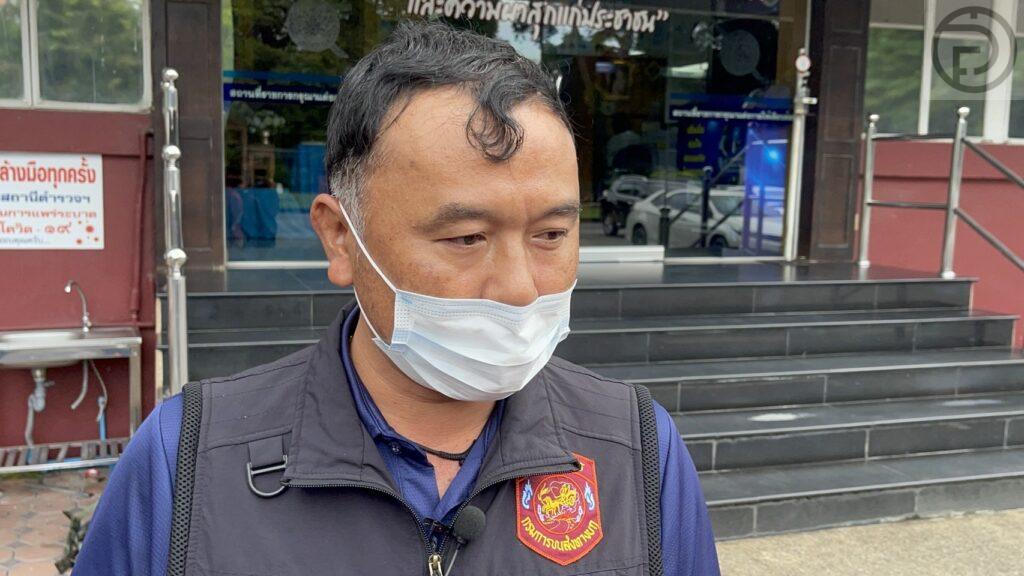 Adcha Buachan of the Phuket Provincial Transport Office and related officials also arrived at the scene to monitor and examine more details to consider whether such action was considered was violating the Vehicle Act or the Land Transportation Act.

He told reporters: “As for the case, both parties already filed complaints to the police which are currently under investigation. The company of the minibus driver also filed a complaint the publishing of the video, accusing them of being a taxi mafia, that could cause a negative impact on the company and Phuket tourism.”

“Tourist police are also looking for the four female tourists seen in the video to get their side of the story and create mutual understandings of what exactly happened on Friday.” Adcha concluded.

As the video led to a legal complaint TPN media will not be posting it as part of the article.