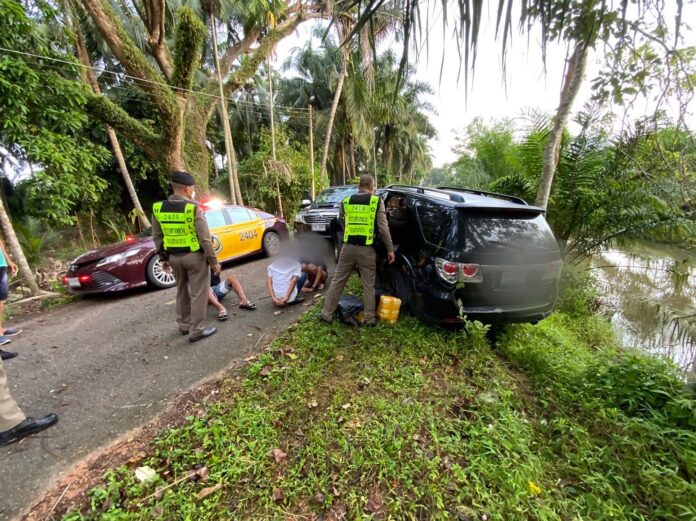 Three drug suspects have been arrested with two million methamphetamine pills after police chased after a SUV from Chumphon to Surat Thani.

The Highway Police reported yesterday morning (August 31st) they chased after a SUV on Phet Kasem Road in Lang Suan district, Chumphon. The SUV had been stopped at the Than Chana district in Surat Thani after a total of 52 kilometers. Three people were found inside the SUV with two million methamphetamine pills.

The driver, Mr. Naris ‘Petch’ Petchkam, 21, admitted to police that he received 40,000 baht per time that he transported drugs and claimed to have done so two times prior successfully. This time he was going to deliver drugs to a woman in Nakhon Si Thammarat.

All three are facing charges of illegal possesion of Category 1 Drug.

Police are investigating the connections of the driver to the larger network, although specific details were not released as of press time.