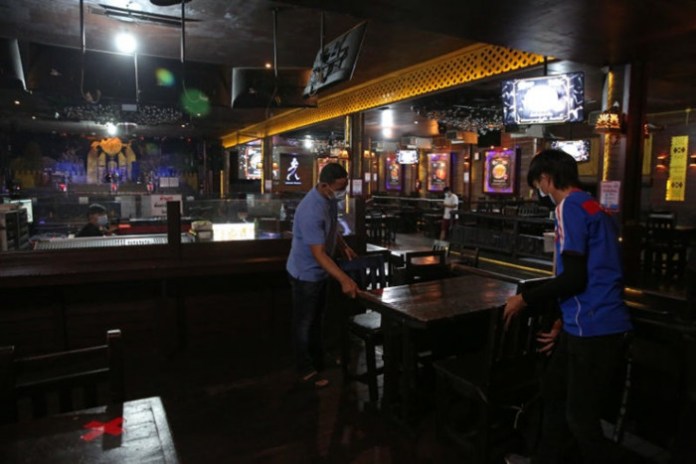 Weerawit Kreuasombat, President of the Patong Entertainment Business Association (PEBA), told the Associated Press on Monday, August 29th, that today’s problem is that the same regulations are not applicable across the country as they are not always consistent with the social context and behavior of some particular cities.

“Many people may not be able to imagine what’s the benefit of opening an entertainment venue for an additional 2-3 hours. Supposing that the business of entertainment venues can generate average spending of 2,000-3,000 baht/person/day. If the opening hours were extended, the spending could also double up to 4,000-5,000 baht/person/day. During the time of economic stimulation, this can boost the economy fast and efficiently. Moreover, it is also a form of a circular economy as the increase of individual spending also results in the increase of employment, businesses, as well as local transportation services.”

Sa-nga Ruangwatthanakul, President of the Khaosan Road Business Operators Association, said that as the entrepreneurs had always followed the government guidelines and two plus years of Covid restrictions, the government should compensate them for wasting time, losing income, and increasing debt burden by extending hours of nightlife entertainment venues.

Thanakorn Kuptajit, Advisor to the Thai Alcohol Beverage Business Association (TABBA), revealed his reasons in support of the hour extension that it is a part of enhancing the atmosphere of night tourism and it can be piloted in popular tourist areas, such as Khao San Road, Pattaya, Krabi, Phang Nga, Chiang Mai, Phuket, Hua Hin, and Samui, so that the economy can gradually revive.

Additionally, Sadis Chaithieng, President of the Thai Public Taxi Association, added that the extending hours of entertainment venues will also benefit taxis, motorcycles taxis, tricycles, and other similar transportation services as they could provide more service and earn more money from the tourists.