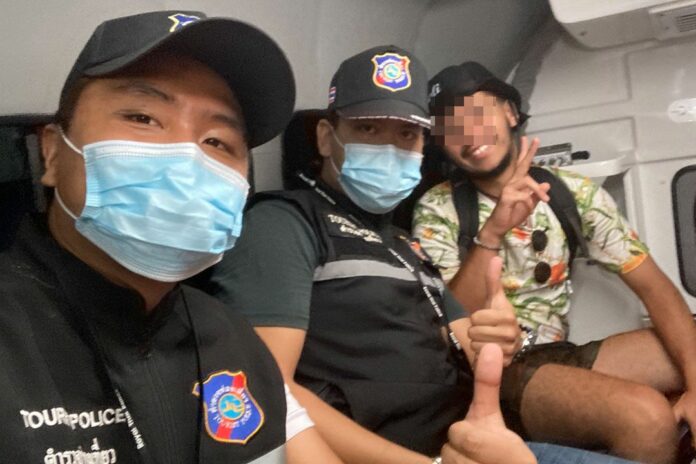 A French tourist, 26, was rescued on Saturday evening, August 27th, after reportedly being lost in a jungle on Koh Phangan in Surat Thani province.

Officials from the Koh Samui Tourist Police and Koh Phangan Provincial Police began the search after receiving notification from the Tourist Police Hotline of a foreign tourist being lost in the jungle of a mountain near No. 2 Ban Khok Kruat Village in Ban Tai Subdistrict.

The location of the tourist, who was later identified as Marouan Ruatbi, 26, was detected via a mobile application. However, the search was slightly struggling as the team had to walk more than three kilometers, searching for the tourist on a dense forest path in the dawn. The process took one hour until the tourist was found.

Marouan was dehydrated and had some wounds on his arms and palms. The rescuers then performed first aid and provided him with water before taking the French tourist back to his accommodation.