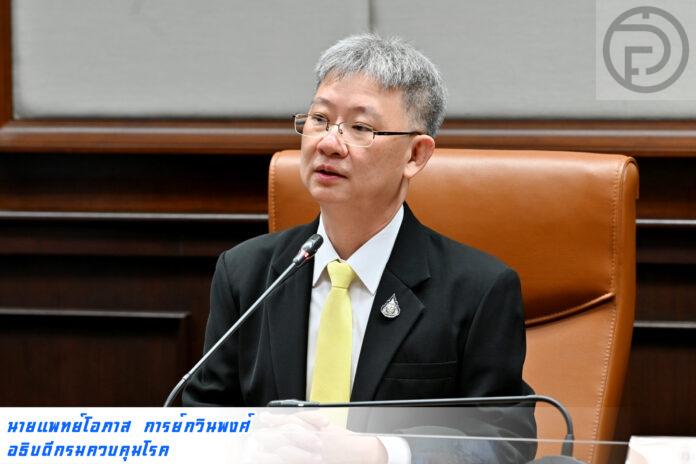 Thailand yesterday (August 26th), reported the sixth confirmed case of Monkeypox which is a Thai woman in Maha Sarakham, in the northeast of Thailand.

The director-general of the Department of Disease Control, Dr. Opas Karnkawinpong, revealed that the latest patient was a 21-year-old Thai woman who is a massage worker who recently came back from Qatar.

Her timeline is as follows:

– August 10th a red rash started from her genitals while she was in Qatar.

– August 21st she returned back to Thailand and arrived at her home in Maha Sarakham.

– August 22nd went to a local hospital with fever and swollen lymph nodes.

– August 24th she was confirmed with Monkeypox.

Dr. Opas added, “It is obvious that the patient was an imported case from abroad. There are four high risk contacts and 24 low risk people from this case. The patient and risk cases are now under close observation of medical personnel and Public Health officials. The Director-General urged the public to remain calm as the disease is not easily contracted.”