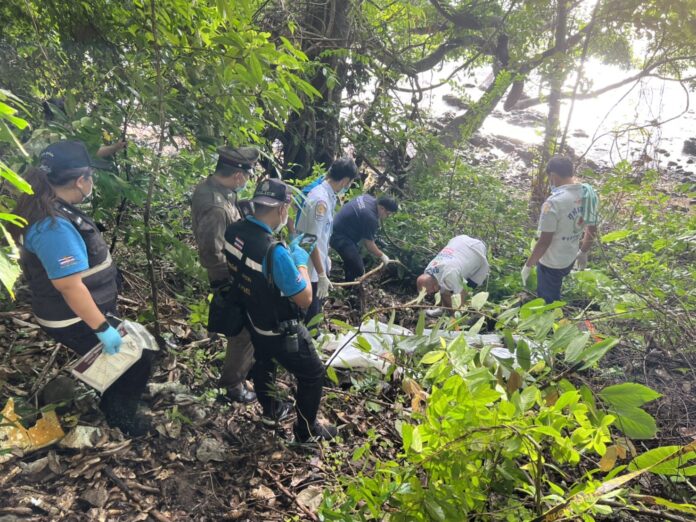 A skeleton was found near a viewpoint in Wichit yesterday afternoon (August 20th).

The Wichit Police was notified of the skeleton at 5:45 P.M. from a local resident near the Ao Yon – Khao Khad Road near the Khao Khad Viewpoint in Wichit, Mueang Phuket.

Police and rescue workers arrived at the scene to find the male skeleton covered with a cloth. His uniform was similar to a security guard. Police believed that the man died at least six months before he was found. The skeleton was taken to the Vachira Phuket Hospital for final identification.

The local who first discovered the skeleton told police he was going to plant coconut trees before he found the skeleton. The local resident’s name was withheld.

Police found that in March of last year, 2022, Mr. Songsak Maya, 41, who was a security guard in Wichit, had been reported missing.

However police are continuing their investigation to find the final cause of death and to positively identify the man and determine if he was the same missing person.