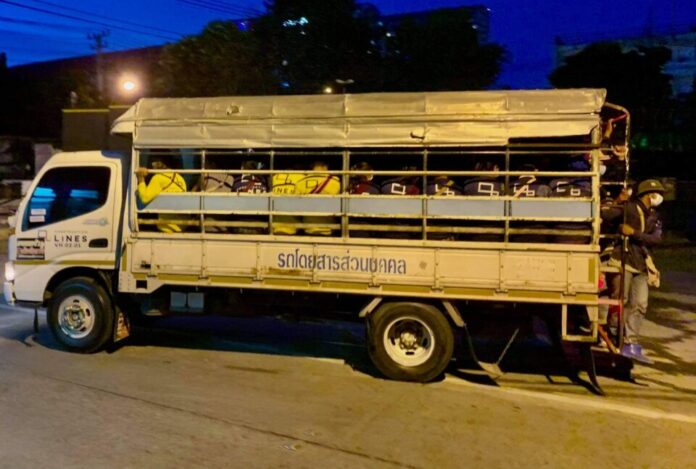 Police General Damrongsak Kittipraphat, the deputy national police chief, stated during a road traffic conference on Friday, August 19th, that the Royal Thai Police is in discussion with the Department of Land Transport to enact a sub-law for pickup truck users and passengers under the same Road Traffic Act (No. 13) which order all passengers in vehicles to wear seat belts throughout the journey, to be effective on September 5th.

The draft will prohibit more than three passengers from sitting in the back seats of pickup trucks for safety as most of them did not provide proper seat belts. Additionally, the number of passengers sitting in the pickup’s cargo bed will be limited to a maximum of six people, and sitting at the cargo rear will be strongly prohibited.

“The draft will be finalized by September 5th. Once the draft is concluded, it’d be included in the government’s drafting committee. When implemented as law, the authorities would inform the public again. If anyone was found violating, warnings or fines may be conducted, depending on the cases.” The deputy chief added.