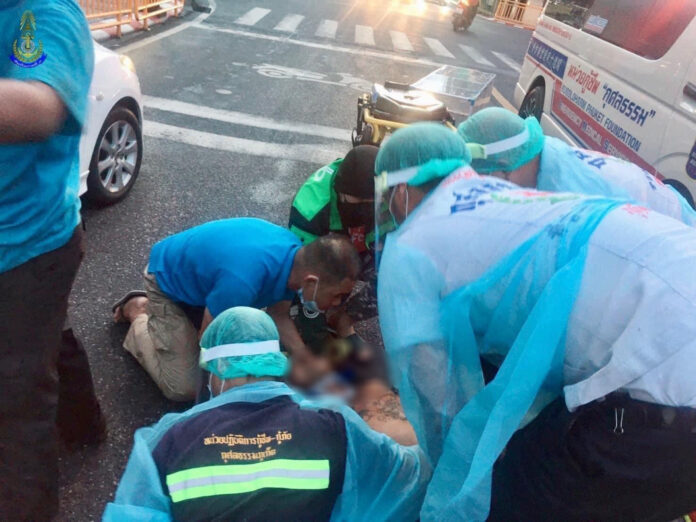 A Thai navy officer who was out driving stopped his car before providing help for an unconscious injured man at an intersection in Phuket Town today, August 18th, 2022.

Chief Petty Officer First Class Chaiwat Yuttapichainawin from the Royal Thai Navy Region 3, who was riding in a car in Phuket Town with his wife, stopped to help the injured person at Jui Tui Intersection. The unidentified injured male was found unconscious on the road after an accident between a car and a motorbike. Emergency responders had not arrived at the scene yet.

Chaiwat has been trained for rescues. He and his wife, who is a nurse, provided first aid to the injured man who had suffered injuries to his head and neck before an ambulance arrived.

The details of the accident and which vehicle the injured man was driving were not made clear by Phuket law enforcement.

Chaiwat was widely praised on Thai social media for his actions.