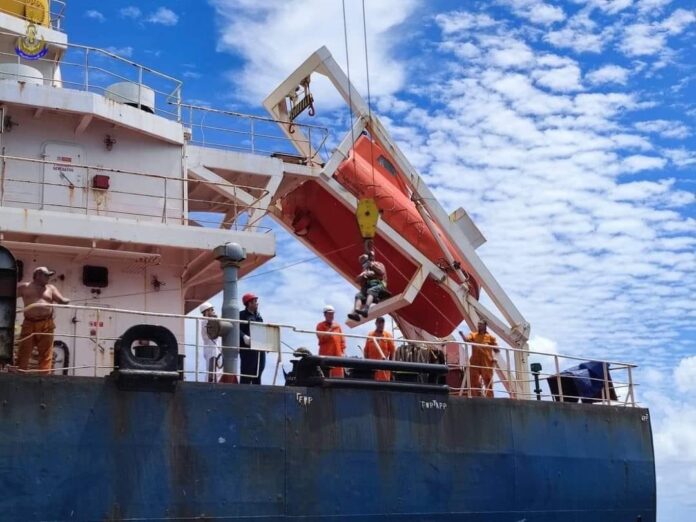 An injured foreign crew member on a Liberian cargo ship has been rescued and taken to Phuket.

The Royal Thai Navy Region 3 based in Phuket reports they were notified of the incident from the cargo ship ‘Oracle’, a Liberian national cargo ship on August 16th. A male crew member had been injured with a severe wound on his right arm, although the cause of the injury was not made public.

The cargo ship was 450 kilometers to the west of Phuket Island. The ship changed its destination back to Phuket yesterday (August 17th).

The Royal Thai Navy arrived near the ship, 46 kilometers from the island. The injured man was transferred by a crane into the navy ship before being taken to a hospital on the island.

His condition was not clear as of press time. 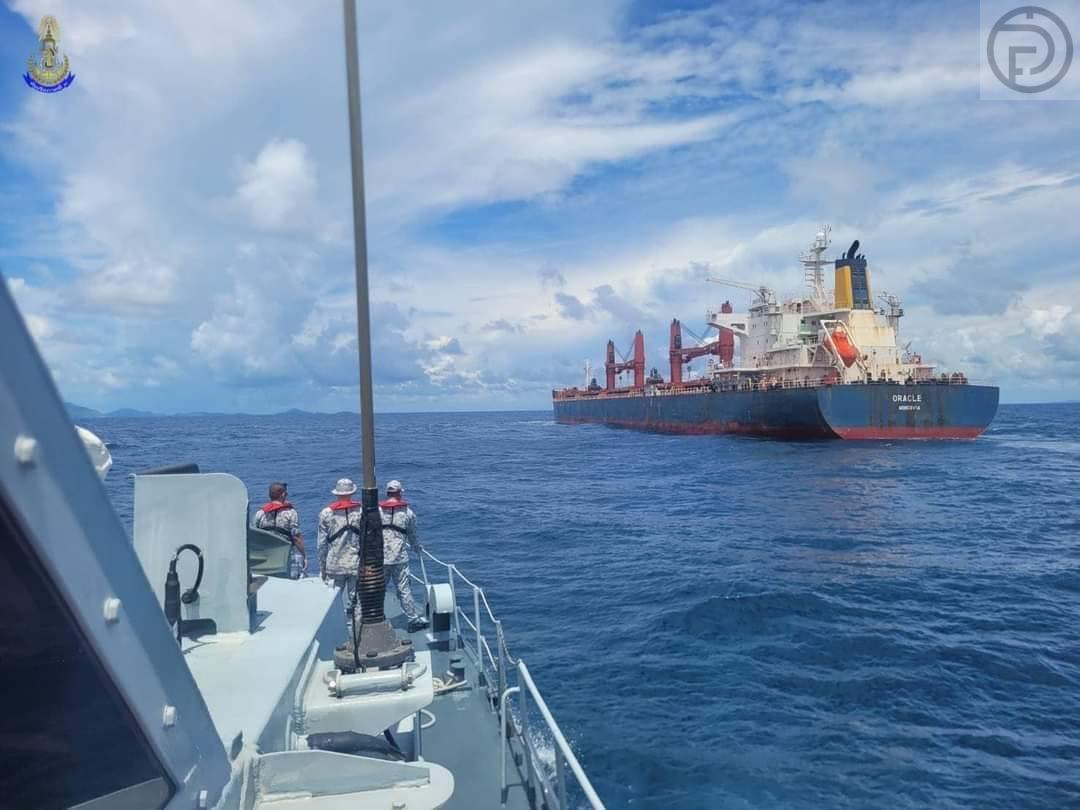