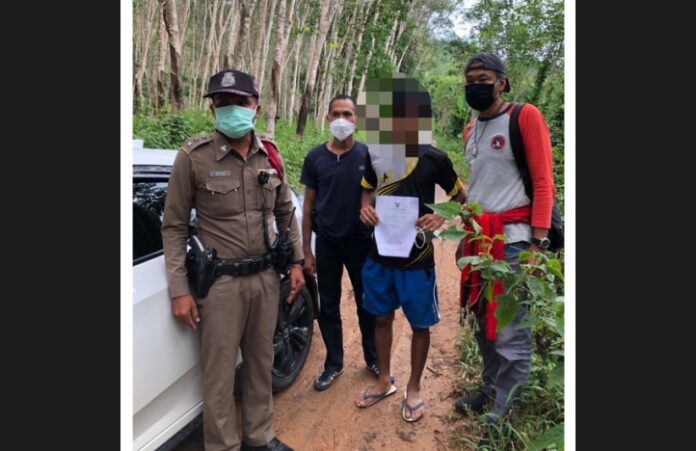 A man who allegedly abducted a 13-year-old girl while she was selling flowers on Rawai Beach, Mueang Phuket District, five months ago has been arrested in Nakhon Si Thammarat.

The Chalong Police reported the arrest warrant being issued after the story had gone viral on social media.

On February 9th, 2022, the girl’s mother had first filed a report to the Chalong Police.

The Phuket Provincial Poice reports the suspect was identified by police only as Mr. Somsak, 33. Somsak is being accused of ‘Taking away a child not over fifteen years old from their parents without reasonable cause.’

Somsak has been arrested in the Phipun district in Nakhon Si Thammarat yesterday (August 16th). The girl has been found and taken back to her parents. Somsak was taken back to the Chaong Police Station for further legal action. 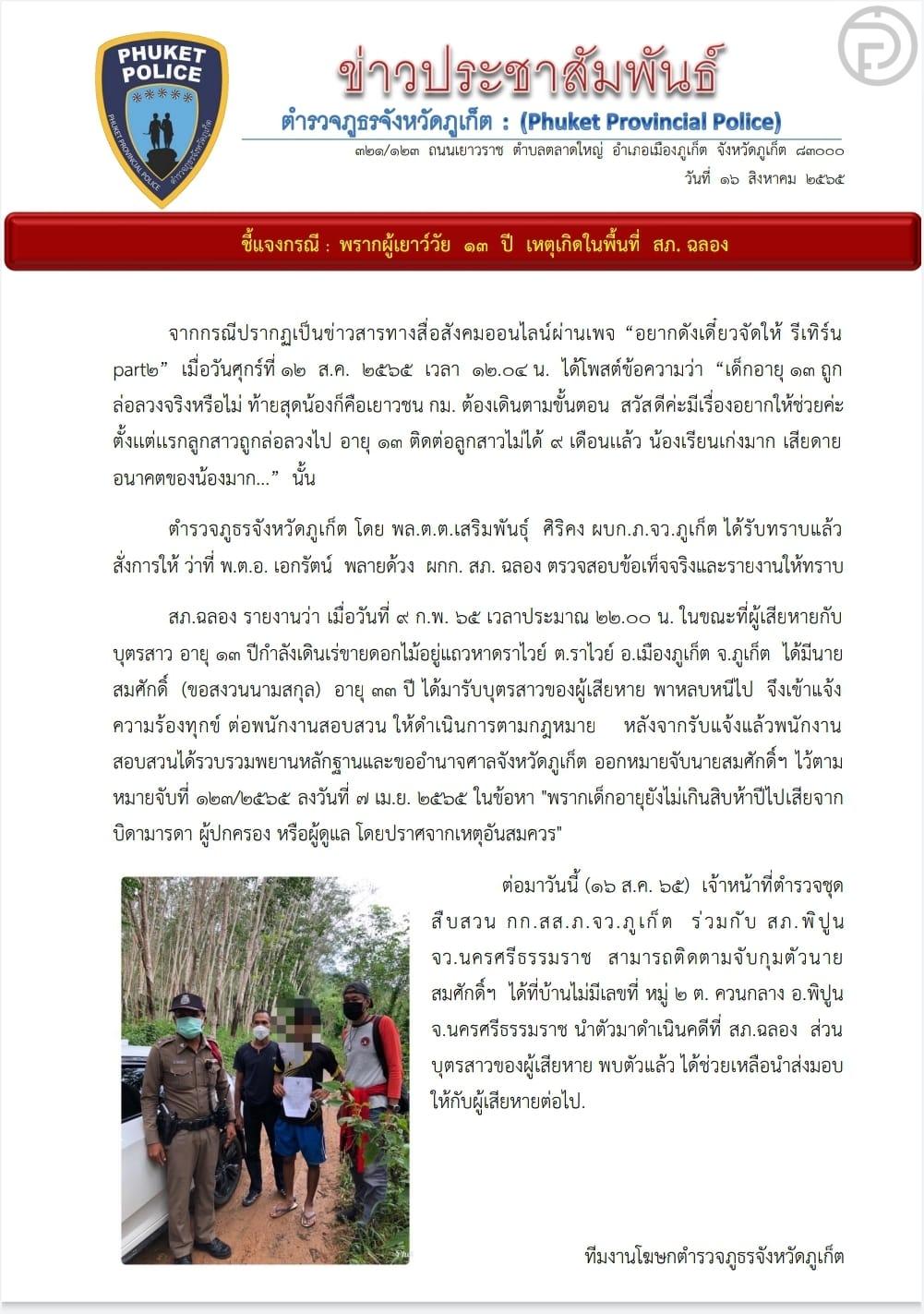