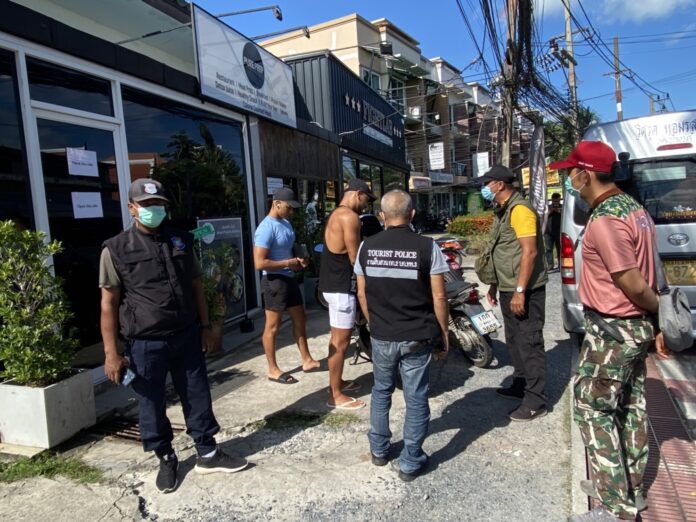 A Dutch man has been arrested in Phuket after he illegally caught fish in the Krabi national park area last week.

A foreigner was caught on social media allegedly catching parrot fish in a national park area in Krabi. The video had first been noticed on TikTok and then widely shared by “outraged” Thais.

A foreign man who was allegedly catching fish illegally in a national park in Krabi posted an apology on social media, according to multiple Thai news media sources.

The Natural Resources and Environment Minister Varawut Silpa-archa posted on his Facebook the following this morning.

Yesterday (August 15th) at 3:30 P.M. officers have arrested Mr. Roslan Benedia from the Netherlands. He was arrested in Phuket.

Mr. Roslan admitted that he rented a boat from Phi Phi Don Island to Phi Phi Lay Island on August 9th. Mr. Kritsana was the boat captain (The full name of the captain was not provided by Varawut). The group had stopped to catch fish and the captain and Roslan claimed they did not know the area was in a national park.

Both men were taken to the Phi Phi Police Station for further legal action.

Roslan faces the potential of significant jail time and fines, as well as deportation and likely blacklisting under stringent environmental laws in Thailand. It is unclear what the captain will be charged with as of press time.

In Roslan’s online apology he stated he was sorry for the incident and also claimed he didn’t know about the strict laws on fishing in national park areas and begged for forgiveness. However, the Environmental Minister has reportedly been furious over the incident and has called for the full force of the law to be applied to Roslan.

Thai social media has also spent much of the past week “outraged” over the incident, adding fuel to the fire.

TPN media will provide further updates on this story as they become available.