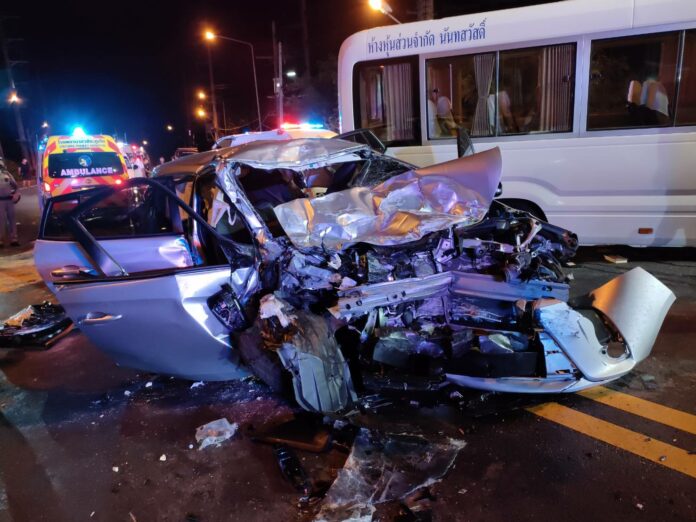 They are in no particular order of importance but roughly in order of publishing. These are from Monday, August 8th, 2022, to Sunday, August 14th, 2022.

The 21-year-old female Singaporean driver had been sadly pronounced dead at the scene.

2. An Austrian man with 12 arrest warrants has been arrested in Phuket after allegedly being involved in drugs and fraud in Austria.

Mr. David, 37, an Austrian national, is a wanted suspect from Austria where he has been allegedly illegally involved in drugs, fraud, and possession of illegal weapons.

3. A fire at a bar on Bangla Road in Patong alarmed tourists on August 11th.

Firefighters reported the cause of the fire started from sparks from a high voltage electric cable above the bar.

An entertainment venue fire evacuation drill will be held at Illuzion night club on Bangla Road in Patong.

The fire evacuation drill will be held at Illuzion night club on Bangla Road in Patong on August 18th from 1:00 P.M. onward.

4. Phuket is expecting more Indian tourists which will generate more than 7.5 billion baht this year, 2022, after a recent roadshow in India, according to relevant officials.

5. Tourists have reportedly complained over food prices at a local famous ancient restaurant in Phuket Town.

The person posted a handwritten bill from the restaurant for 11 dishes for a total of 10,460 baht. It is a small local restaurant stall in a large fresh market there for more than 40 years.

An owner of a restaurant in Phuket Town was fined 1,000 baht for not clearly showing food prices on a menu.