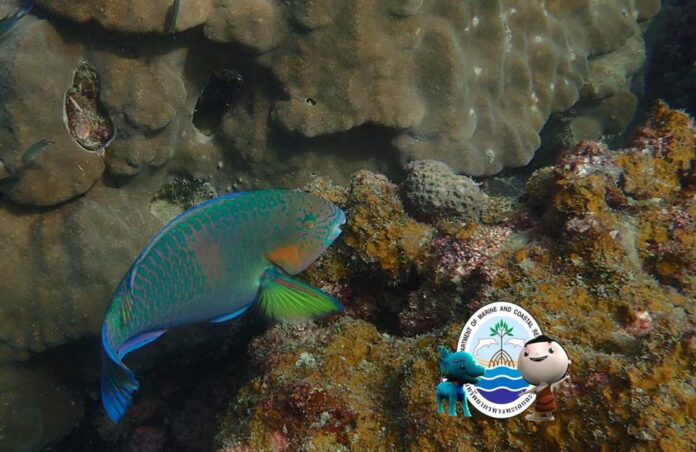 A foreign man who was allegedly catching fish illegally in a national park in Krabi posted an apology on social media, according to multiple Thai news media sources.

A foreigner was caught on social media allegedly catching parrot fish in a national park area in Krabi. The video had first been noticed on TikTok and then widely shared by “outraged” Thais.

Multiple news agencies first reported over this weekend that the foreigner had posted on his social media channel to apologize for the incident. However, the name of the foreigner and his channel were not explicitly revealed or given.

The message concluded, “Everyone please understand me. I am a fish catching expert who catches fish with equipment. I go around the world to catch fish. I was not the only one in the group as is shown in the photo about the incident. I am very sorry for what I have done. I did not know. I thought I could catch fish because I have seen this Parrot Fish in markets.”

The apology did not seem to go over well on much of Thai media, notes TPN, and authorities were still reportedly looking to personally speak with the man as of press time. If anything, many comments on the apology said the man should turn himself in, although it was unclear if he had fled Thailand following the outrage over the incident. Many comments also called for the other people on the boat to be identified and held responsible.