A huge whale shark was found dead near an island in Krabi.

The whale shark was found dead on a beach near a resort at Lanta Yai Island in the Lanta Island district yesterday (August 9th). The Royal Thai Navy and staffers from the Marine Resources and Andaman Coastal Research Center went to the scene.

The male whale shark is 7.3 meters long and weighed 2.5 tons (2,500 kilograms). The whale shark had started to decompose. There were no signs of injuries from fishing equipment.

Mr. Somboon Kangrang, the resort manager, told The Phuket Express, “The dead whale shark had washed up on to the beach near the resort before I called officials.”

A famous local diver named Mr. Gai Tong told The Phuket Express, “It might be the same whale shark that we often saw near Phi Phi Island and Lanta Island. In the past ten days we have not seen it.” 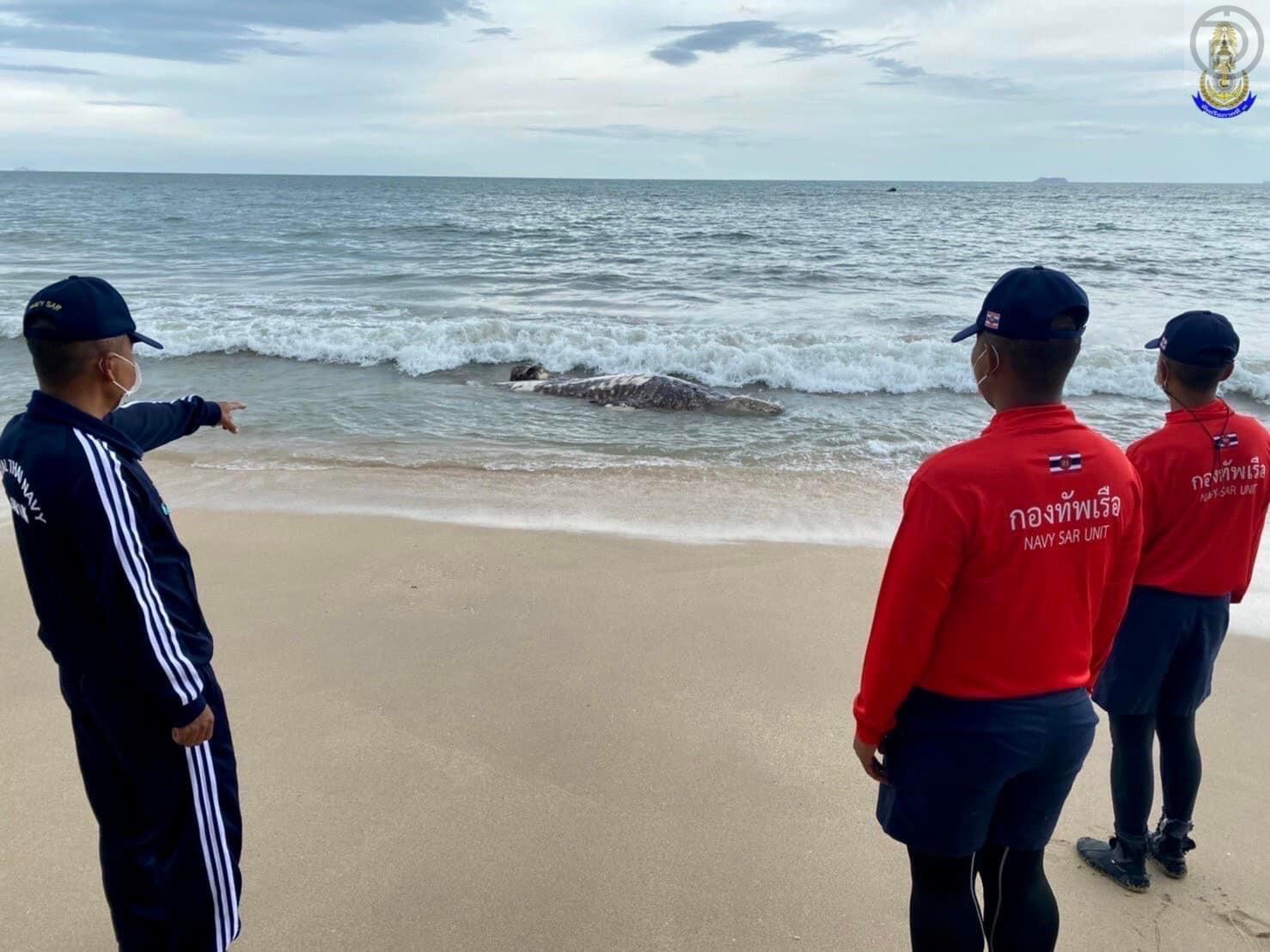 TPN noted that whale sharks are mostly found in the Andaman Sea. It is a protected marine animal as it is in danger for extinction. For fishermen, the death of a whale shark is a big loss for the sea as the whale shark is representing plentiful marine resources.