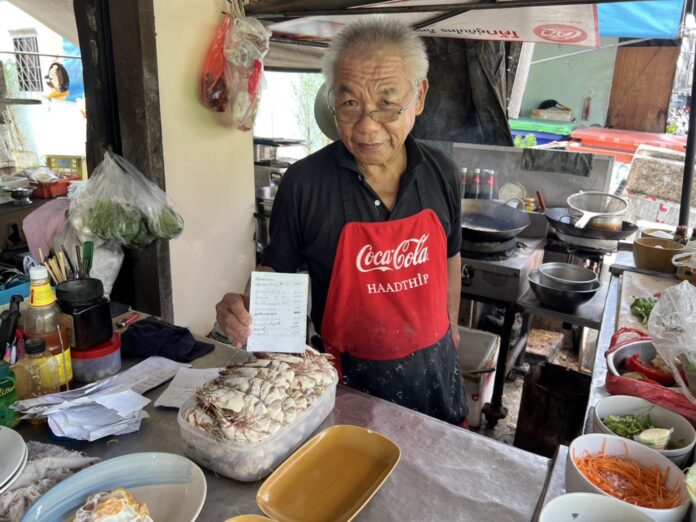 Tourists have reportedly complained over food prices at a local famous ancient restaurant in Phuket Town, however, the owner has also responded and stated that due to rising prices of ingredients and large portions the amount is reasonable.

The story came to light after a Thai tourist posted in a Phuket tourism review Facebook group last week. The person stated, “No prices were on the menu. Most dishes were seafood which is normally expensive but we did not expect this expensive.”

The customer did not evidently ask the price in advance and just ordered.

The Phuket Express noted the person posted a handwritten bill from the restuarant for 11  dishes for a total of 10,460 baht. It is a small local restaurant stall in a large fresh market there for more than 40 years. Due to Thai law, however, the specific name of the restaurant has been withheld.

The restaurant owner, who is also a chef well known as ‘Go Song’, told the Phuket Express that he has already talked with the customers about food prices and that they depend on raw ingredients that he bought from markets which now are high-priced and always different. He uses large portions of seafood and the size of dishes depends on the number of his customers. Go Song also said he told the customers their order would be expensive but they insisted to order, yet after finishing their meal they were disappointed with the total price.

The customer did not respond to the restaurant’s statements and it appears the matter is settled for now.