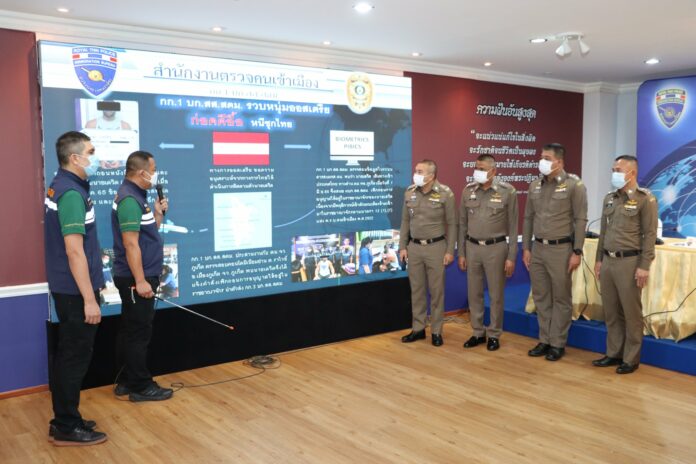 An Austrian man with 12 arrest warrants has been arrested in Phuket after allegedly being involved in drugs and fraud in Austria.

The Phuket Immigration Office reported that they have arrested Mr. David, 37, an Austrian national. Immigration withheld his last name. He is a wanted suspect from Austria where he has been allegedly illegally involved in drugs, fraud, and possession of illegal weapons.

In total 12 arrest warrants have been issued for him since May of this year. His Austrian passport had been withdrawn in December of last year and the Austrian embassy informed Thailand to look for him.

Mr. David entered Thailand on June 7th this year and registered his living address in Phuket. Officers finally found that he lived at a condominium in Rawai. He was arrested while he was learning Thai boxing and he will be sent back to Austria.

It was unclear how David was able to enter Thailand with a withdrawn passport and if he had a different passport or dual nationality. Immigration did not immediately address this question.