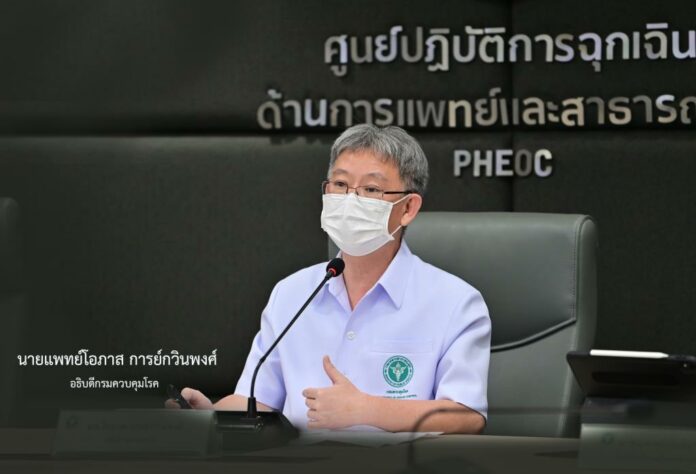 Thailand’s fourth case of Monkeypox was confirmed to be a Thai female national, 22, who had a close-contact history with a foreign man at an entertainment venue in Bangkok.

Dr. Opas Karnkawinpong, the Director General of the Department of Disease Control, told the Associated Press on Friday, August 5th, that the female patient regularly visited the entertainment venues in the capital once a week and reportedly had close contact with a foreigner.

The patient began to have a slight fever on July 29th but continued to visit the venues in the same area with both Thai and foreign friends. On the following day, she reportedly began to have blisters on her arms and legs before spreading all over her body, including the genitals.

The 22-year-old patient then sought medical treatment at a hospital in Samut Prakan on August 3rd. Her samples were collected and tested at the Department of Medical Sciences and the Faculty of Medicine of Chulalongkorn University. The results proved the detection of the Monkeypox virus on Thursday, August 4th.

She is now transferred to the Bamrasnaradura Institute of the Department of Disease Control for close observation for at least 21 days.

Officials from the Disease Prevention and Control and Bangkok’s Department of Health are conducting health investigations to track the patient’s high-risk contacts who are her roommates and friends as well as the suspected foreigner who was her close contact from the venue.