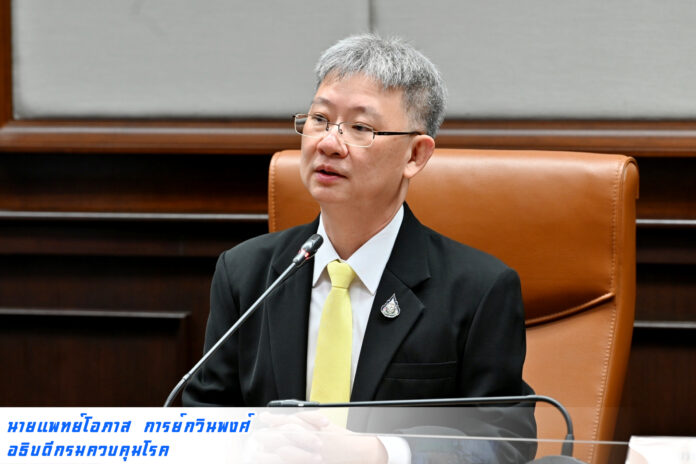 Dr. Opas Karnkawinpong, Director-General of the Department of Disease Control, revealed to the Associated Press this morning that the latest patient was a 25-year-old German national who arrived in Phuket on July 18th. His preliminary results of the disease investigation were believed to have been infected before entering Thailand. The Public Health Ministry is currently in the process of monitoring close contacts and creating a detailed timeline for disease investigation.

“The third patient had a fever, swollen lymph nodes, and rashes around the genital area. The symptoms are quite obvious. Therefore, he sought medical treatment at a local hospital. Since he also had a history of traveling from abroad, his samples were sent for Monkeypox examination,” Dr. Opas addressed.

The patient is now under close observation of medical personnel and Public Health officials. The Director-General urged the public to remain calm as the disease is not easily contracted.

He added: “No close contacts of the first two confirmed cases were found to be infected. However, they are still under health observation for 21 days. Two patients were also recovering without antiretroviral therapy. But such treatment may be necessary for patients with a poor immune system.”