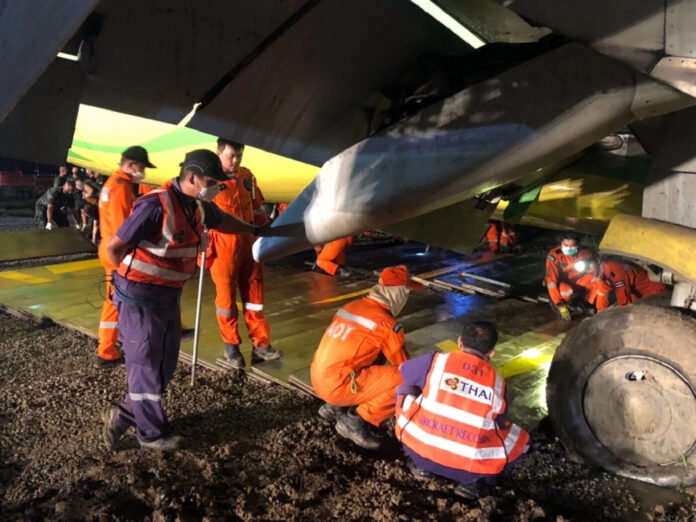 The Airports of Thailand (AOT) on Wednesday, August 3rd, announced the closure extension of Mae Fah Luang – Chiang Rai International Airport until August 5th as a Boeing aircraft removal was struggling due to geographical conditions.

According to the authorities, the removal of the Boeing 737-800 aircraft from the runway was still unsuccessful as of Tuesday at midnight because the plane’s left main landing gear collapsed due to the ground sinking caused by constant heavy rains.

Dr. Somchanok Tiamtiabrat, General Manager of Mae Fah Luang – Chiang Rai International Airport, stated that the removal process may need a lot of additional equipment which would take some time to transport to the airport before being used to remove the aircraft.

Therefore, the AOT announces the extension of the runway closure from August 3rd to 10:00 PM. on August 5th. All flights to and from the airport, therefore, remain canceled.