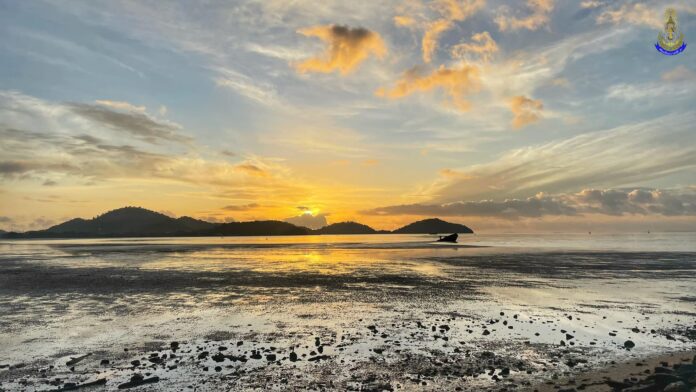 They are in no particular order of importance but roughly in order of publishing. These are from Monday, July 25th, 2022, to Sunday, July 31st, 2022.

An armed bank robber who robbed a bank in a shopping mall in Rawai before speeding away with 160,000 baht this afternoon has been arrested within six hours.

He admitted he is suffering from financial problems during the Covid -19 pandemic and that he felt he had no other choice than to rob a bank to repay debts.

2. A body of an unidentified foreign man was found near a beach in Rawai on July 27th.

Thai Police have confirmed that the body found near Yanui beach was an American man, 73, who is believed to have fallen from a rock near a viewpoint in Rawai.

3. Eleven gamblers including a British man and a Danish man have been arrested at a luxury villa in Rassada, Mueang Phuket on July 29th.

Police arrested 11 poker gamblers who were a British man, a Danish man, a Cambodian, and eight Thais. Police seized poker cards and chips (worth an estimated 2,606,550 baht according to Region 8 police)

4. At least 42 elderly people and three staffers have tested positive with Covid-19 at the Phuket Elder Care Center.

There are in total 75 elders with 29 staffers living and residing at the center.

5. The main roads in Phuket and in the Phuket Town area have suffered from flooding after heavy rain occurred across Phuket on July 29th.

The rain has continued since this morning (August 1st).