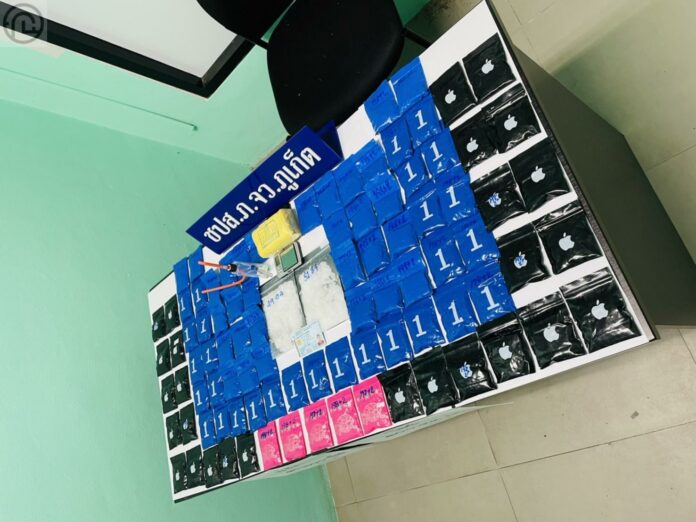 Phuket Narcotics suppression police announced the arrests of four suspects in drug cases with a large confiscation of 18,200 methamphetamine tablets and 100 grams of crystal methamphetamine. 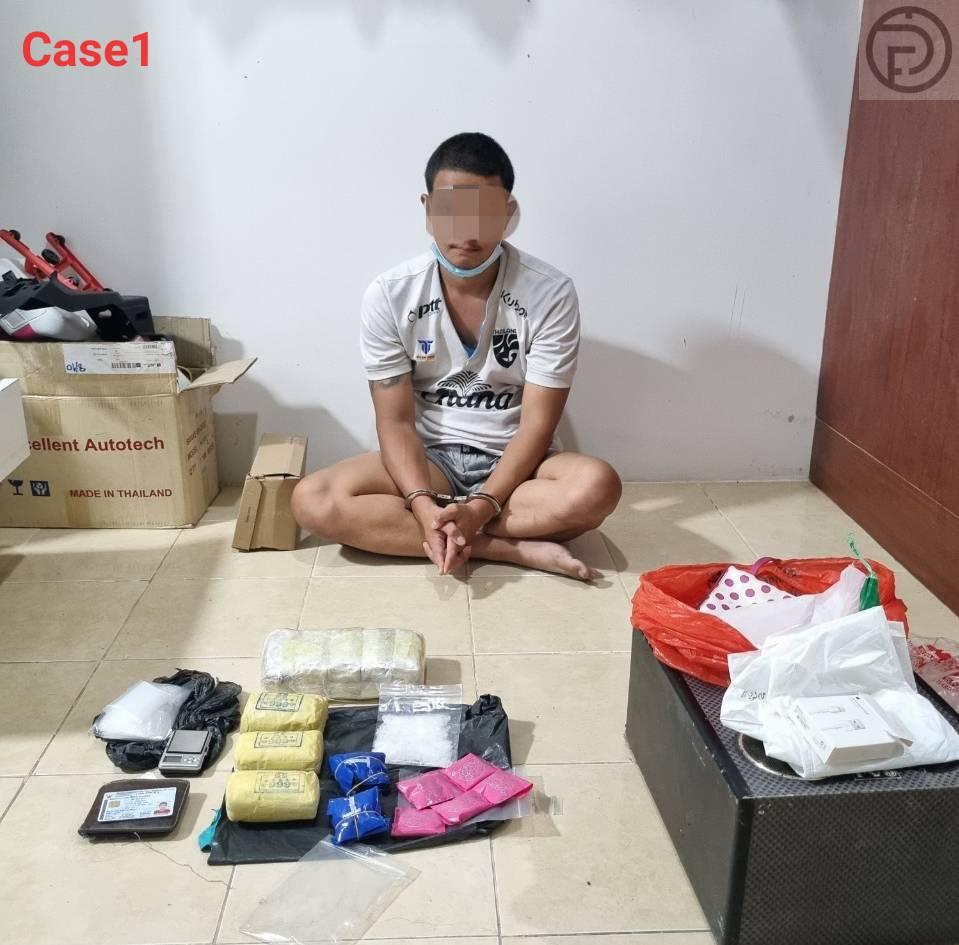 In the first case, Siwakorn Chuaymit, 27, was arrested at a house in Thalang District with 2 bags of crystal meth, a total weight of 100.93 grams, 91 bags of methamphetamine pills, a total of 18,200 tablets, and other related properties in disputes. He was initially charged for possessing Category 1 of narcotics drugs for sale without permission.

In the second case, Saman Intarnruang, 41, was arrested at a house in Thalang District with a bag of methamphetamine, containing 67 tablets, a device for smoking crystal meth, a digital weighing machine, a shotgun, and 6 rounds of .357 ammunition. He was taking for legal prosecution over charges of possessing and using Category 1 of narcotics drugs for sale without permission and unlawfully possessing firearms and ammunition. 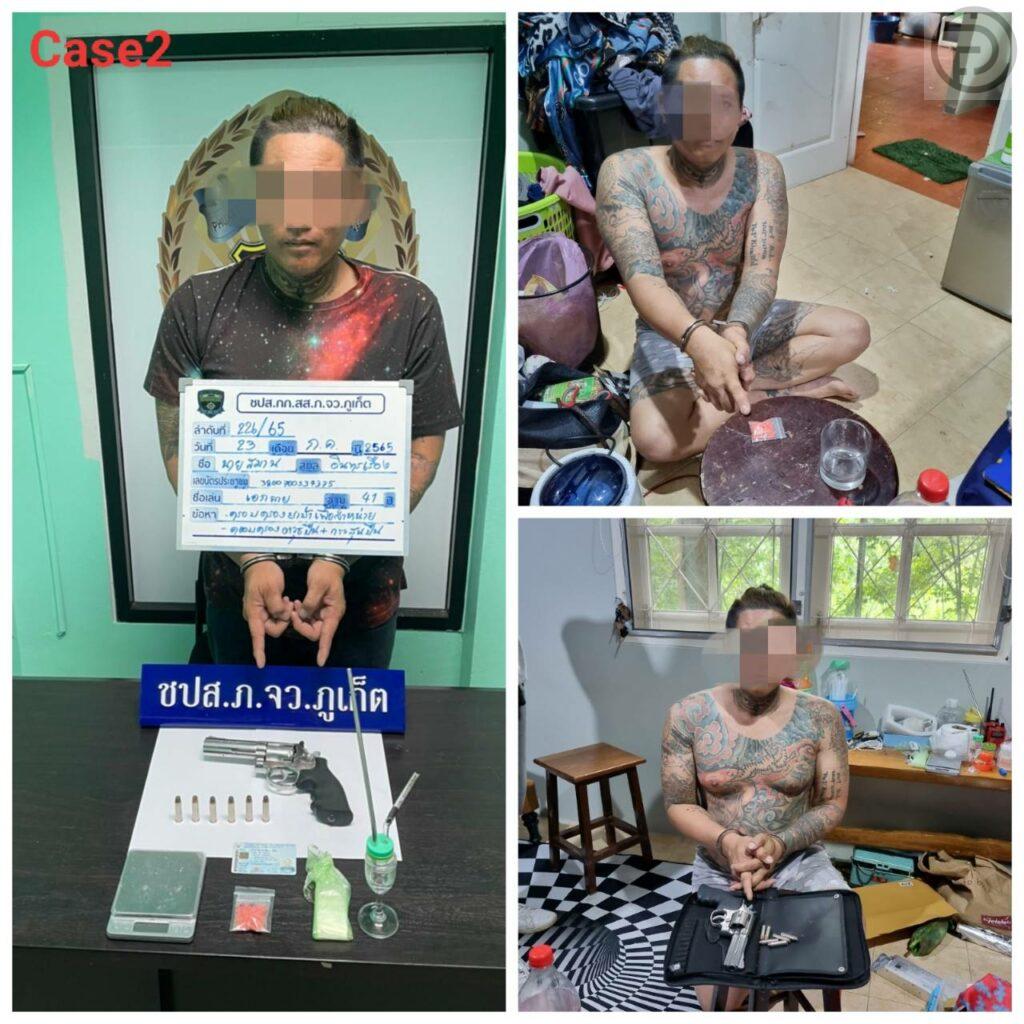 In the third case, Thanapon Saengchan, 24, was caught at a house in Ratsada Subdistrict, Mueang District with 5 bags of methamphetamine, a total of 50 tablets, a bag of crystal meth, a total weight of 0.57 grams, a mobile phone, and a device for smoking crystal meth. In the last case, Rungsawang Kwanthong, 23, was captured in Chalong subdistrict with a total of 10 methamphetamine tablets.

All of them were detained at Phuket Police Station for further investigation and legal proceedings.