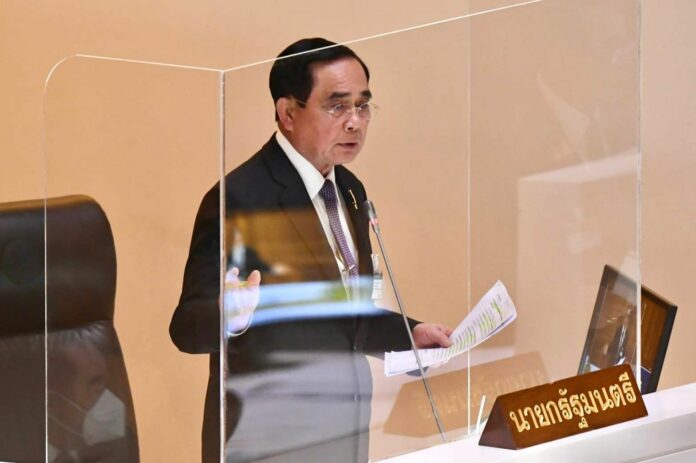 The Thai Prime Minister, Prayut Chan O’Cha, and all ten ministers under censure motions survived their censure debate aimed by opposition parties to unseat the current government this morning (July 23rd) in a vote at Parliament.

The Prime Minister Prayut received 256 votes of support, 207 against, and 9 abstentions.

The highest level of support and votes went to Deputy Prime Minister Prawit Wongsuwan with 268 votes of support, 193 against, and 11 abstentions.

Meanwhile, the lowest level of support votes went to Deputy Prime Minister and Minister of Commerce Jurin Laksanawisit with 241 votes of support, 207 against and 23 abstentions.

Prime Minister Prayut Chan-O-Cha has been in power in Thailand since he led a coup in 2014.