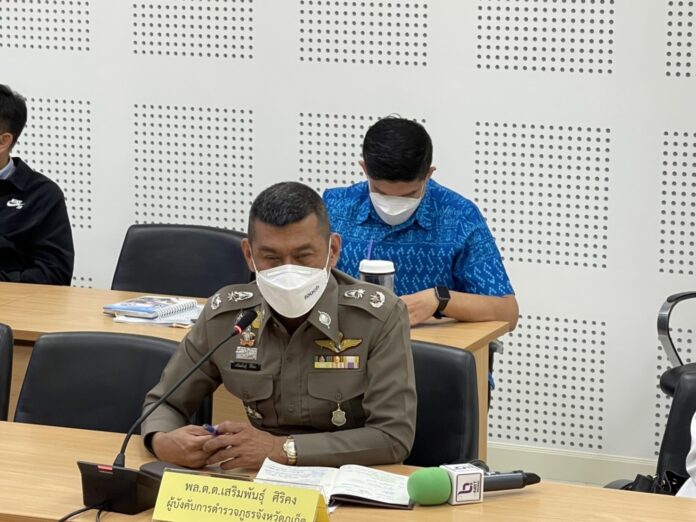 The male patient is Nigerian, 27, having arrived from Nigeria recently. He started to have symptoms one week before. It has been confirmed yesterday (July 21st) that the unnamed patient is the first confirmed case of monkey pox in Thailand.

Dr Kusak Kukiattikoon, Chief of the Phuket Provincial Public Health Office (PPHO) told the Phuket Express, “He went to a hospital on July 16th. He was allowed to go back to his condominium in Kathu while he was waiting for the result.” “He told us he went to entertainment venues in Patong two to three weeks before. He revealed he had unprotected sex with a female of unconfirmed nationality and identity.” Dr. Kusak stated.

“The first medical result on July 18th confirmed the man has been infected with monkey pox. The hospital contacted him immediately but failed to reach him.” Dr. Kusak explained.

The Phuket Provincial Police Commander Lieutenant Colonel Sermpan Sirikong told The Phuket Express today, “He arrived in Thailand in October of last year and stayed at his condominium since November of last year. He had not arrived recently as a tourist as was first believed.”

“We have checked CCTV footage at his condominium. He left his condominium on July 18th and checked into a hotel in Patong. Afterwards he left the hotel without a proper checkout on July 19th.” Lt. Col Sermpan stated.

“We have tracked him from CCTV footage. We are sure that he could not leave Phuket via the airport but it is possible he could leave Phuket via thr Phuket Checkpoint. It is possible that he is still in Phuket and also possible that he left Phuket to nearby provinces. All police forces have been alerted and we are urging the man to turn himself in immediately before this situation escalates.” Lt. Col Sermpan concluded.

When reporters asked about the Nigerian man’s visa situation, police have now confirmed that he was on overstay and they believe him fleeing was more due to his overstay status than the monkeypox.

Thai police have been tracing the man’s contacts as they attempt to discover both the unnamed man and how he contracted monkeypox as he is not a recent arrival to Thailand as first thought.