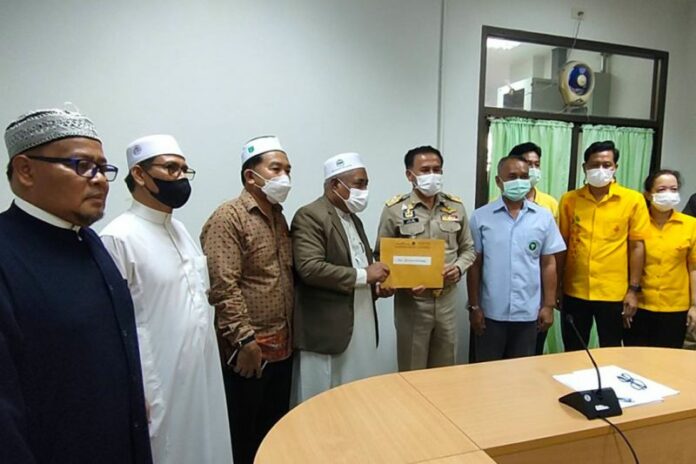 The Satun Provincial Islamic Committee of the Islamic Network in Thailand today, July 19th, has submitted a petition urging the government to revise the decriminalization of cannabis and hemp.

The group raised concerns and opposed marijuana legalization in Thailand during the current law-free period, reasoning that the implementation is not clarified as law which led to marijuana abuse and misuse for recreational purposes, especially among children and teenagers.

Arun Umachi, The Chairman of the Islamic Committee of Satun Province stated: “If the situation of cannabis cultivation and the distribution of cannabis continues like this, it will have negative consequences for the country, especially among future generations. Therefore, we’d like the government to reconsider the decriminalization and end the law-free period immediately.”

Sunthorn Wongmadthong, a representative of the Satun Center for Protesting Against Unethical Laws and Regulations, added that the groups would call for supporters to push the government more if they did not receive a response from the relevant authorities.

This is not the first time prominent Islamic groups have protested the decriminalization of cannabis in Thailand, as seen here.