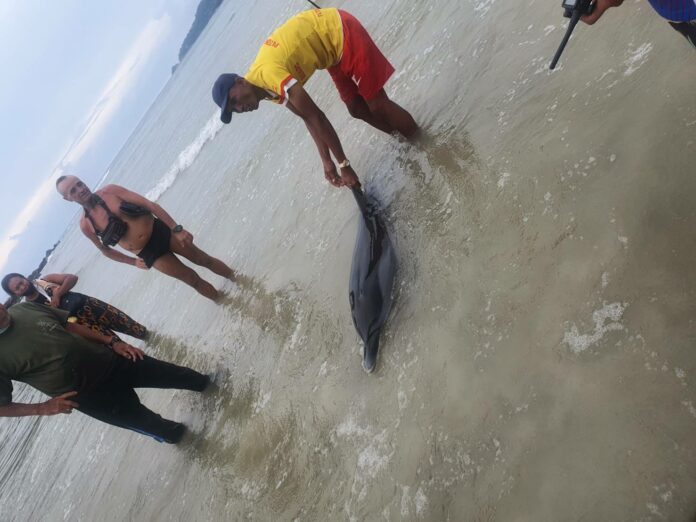 An injured dolphin died after being washed up on Patong Beach yesterday (July 17th).

Rescue workers were notified from Patong lifeguards that they found a dolphin being washed up on the beach near Coral Beach Bridge near Taweewong Road.

They arrived at the scene to find the dolphin near the shore. Lifeguards used a plastic sheet to hold the dolphin in the water while waiting for the PMBC staffers. The dolphin had been injured with some wounds on its fin.

The dolphin was taken to the Phuket Marine Biological Center in Cape Panwa, Wichit sub-district, Mueang Phuket district for treatment. However, it was later sadly pronounced dead. 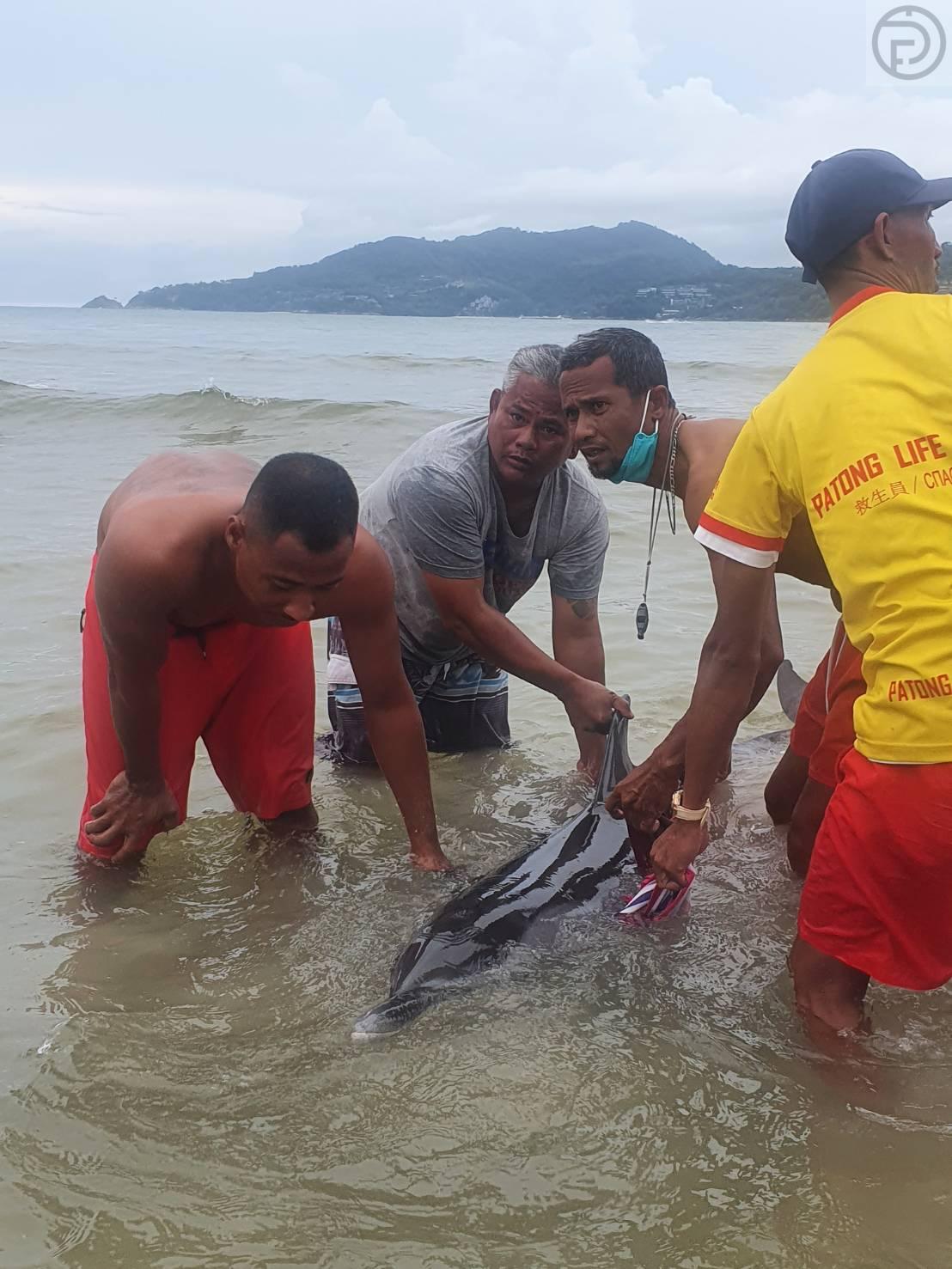