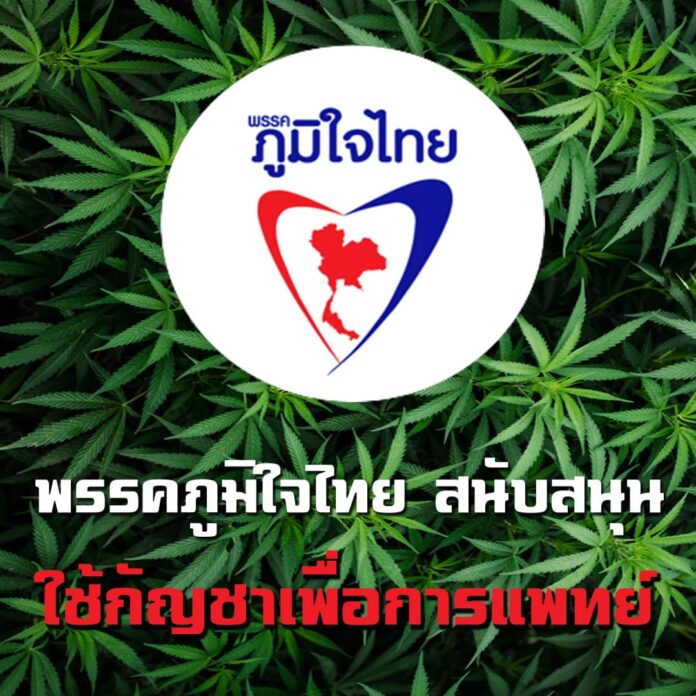 Suphachai Jaismut, Bhumjaithai party-listed MP and member of the Cannabis Act Drafting Committee, insisted that the decriminalization of cannabis and hemp will become a new tourism trend for Thailand rather than a negative soft power.

He wrote his statement online yesterday, July 14th, that marijuana will definitely become a soft power for the country and a new kind of tourist attraction.

He stated: “The proof is that despite pushing the legalization of cannabis that the Aeronautical Radio of Thailand expects about 430,000 flights to Thailand by the end of the year. This indicates that tourists are not concerned about the cannabis policy. They must have studied what one can and cannot do whilst in Thailand before traveling here. They must already be aware of marijuana and they must already know where its usage limit is.”

Suphachai also mentioned ‘Cannabis Tourism’ previously applied in several countries and the ‘2020 MMGY Travel Intelligence and Enlighten Strategies’ survey which revealed that 29 percent of leisure travelers are interested in cannabis-related tourism. He also quoted the data from onceinlife.co, a famous travel media site, that the spending from tourists visiting the United States to experience cannabis use was as high as 4.5 billion USD in 2021.

“Marijuana is definitely an ‘opportunity’ in Thailand. Any country that takes such an opportunity to make the most benefit out of it is the country that implements it. Fortunately, Thailand is that country,” he added.

This is likely good news for many cannabis fans as Supachai is a prominent member of the committee working on the permanent rules and regulations for cannabis use in Thailand. While officials continue to insist that the decriminalization of marijuana is meant for medical use only, in reality, it has also essentially legalized home private recreational use. Public use is banned by nuisance regulations focused on the smoke.

Supachai was responding to critics who claimed online that marijuana decriminalization could hurt tourism and scare off tourists who are concerned about the drug, which he firmly disagrees with. Many of these critics were from religious groups who personally disagreed with the legalization for religious reasons.