A Spanish tourist drowned while her French male companion went missing after both of them reportedly went swimming in the stormy sea at Koh Chang’s Lonely Beach in the Trat province this morning, July 10th.

Village chief Termsak Sertsri told local reporters that he was alerted by local residents that two tourists had gone swimming at the Lonely Beach during a strong storm and high waves. One was a 21-year-old Spanish woman and the other was a 22-year-old French male tourist. 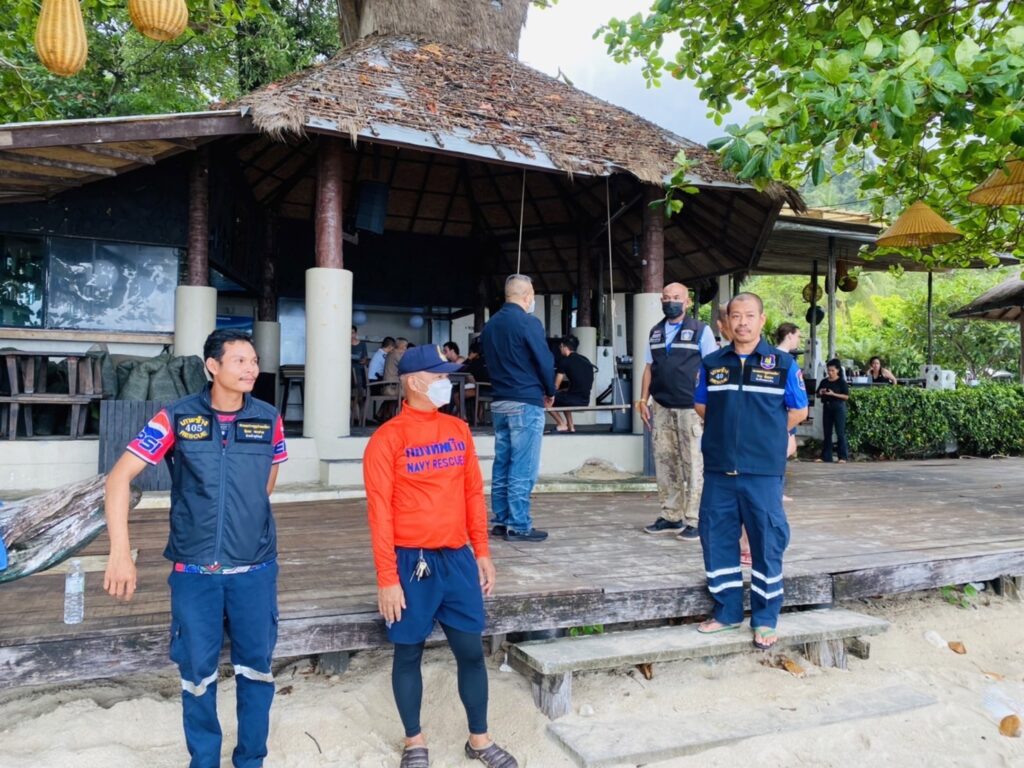 Officials from the Marine Security Center then deployed on jet skis to search for the missing tourists about 300 meters from the shore. The Spanish tourist was found floating in the sea around 8:10 AM. She was brought ashore and provided with first-aid treatment, but no vital signs were found.

The officials had to temporarily stop searching as of 11:00 AM. due to large waves and very strong wind. The French tourist was still missing as of press time. 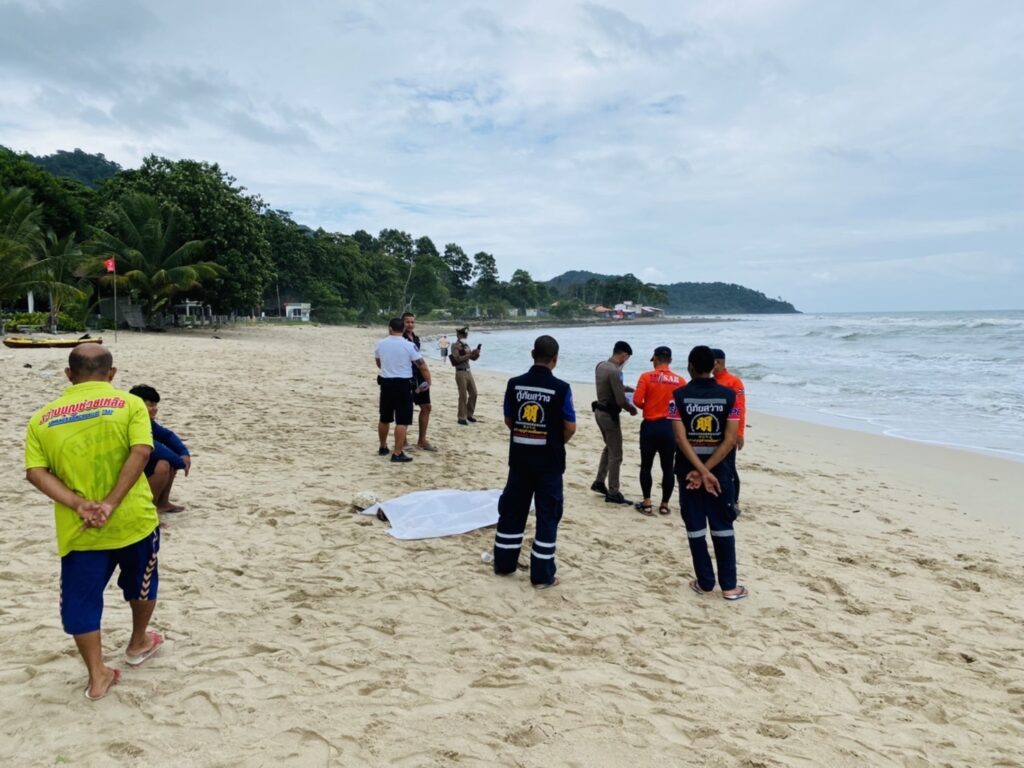 According to the village chief, the tourists stayed at Nature Beach Resort Hotel for three days. On the day of the incident, they told hotel staff that they would go to watch the sunrise but they instead went to Lonely Beach on the west side of the island, where a red warning flag was put up to prohibit tourists from swimming during strong waves. They also reportedly drank alcohol before going swimming.