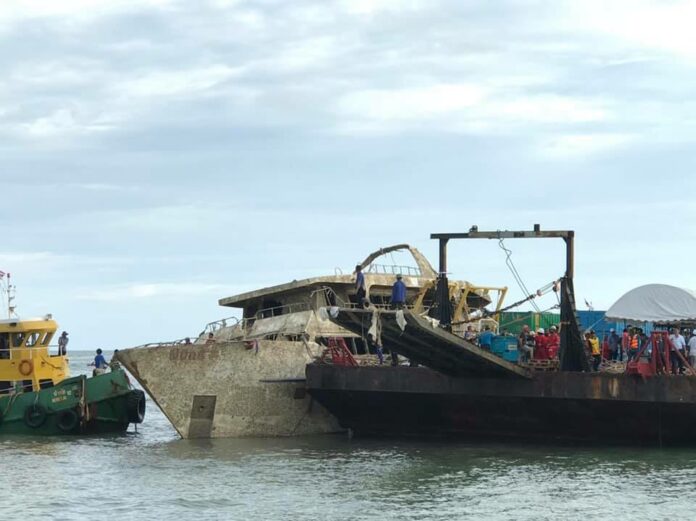 On July 5th, 2018 during the monsoon season the accident took place amidst mixed reports of warnings from weather agencies.

The Phoenix tour boat was carrying 105 passengers which were 93 tourists, 91 were Chinese and two were European, 11 boat crew members, and a tour guide.

At about 5:00 P.M. the boat was heading from Racha Island heading back to the Chalong Pier, South of Phuket. The weather was clear when the boat departed, but there had been some warnings about severe weather from certain agencies that were not adhered to. The Phoenix encountered four-meter-high waves and bad weather before capsizing.

Some passengers were reportedly not wearing life vests and although some managed to make it to lifeboats as the Phoenix sank, many were trapped inside the sinking ship, including children.

A fishing trawler arrived at the scene and managed to rescue 48 passengers from the water during the storm. One woman was found several kilometers away from the boat with several other passengers who had passed away, but she miraculously survived the accident.

The accident brought intense scrutiny to the marine tourism industry and spurred several lawsuits and direct attention from the Chinese Embassy and consulate.  Subsequent investigations found that the Phoenix was substandard in terms of its construction, maintenance, and safety equipment. For instance, the boat reportedly had only one watertight door when it should have had four and the glass windowpanes were not marine grade, which according to investigators cost many passengers their lives as they were trapped inside the ship and unable to break the glass.

The boat also reportedly had an engine designed for a truck and not a marine vessel.

A second boat, the Serenita, capsized with 42 people on board near Koh Mai Thon during the same storm, but all survived.

The accident also significantly impacted Chinese tourism and the reputation of Thailand as a safe destination for tourists from China, leading to many inspections and increased regulations and policies as a result of the accident. It took almost a year for tourism from China to fully recover after the incident, which of course was impacted once again later when the Covid-19 pandemic hit.

TPN media sends our condolences to the family members and the friends of those affected by this horrific tragedy.

For more about the sinking of the Phoenix, please click here.