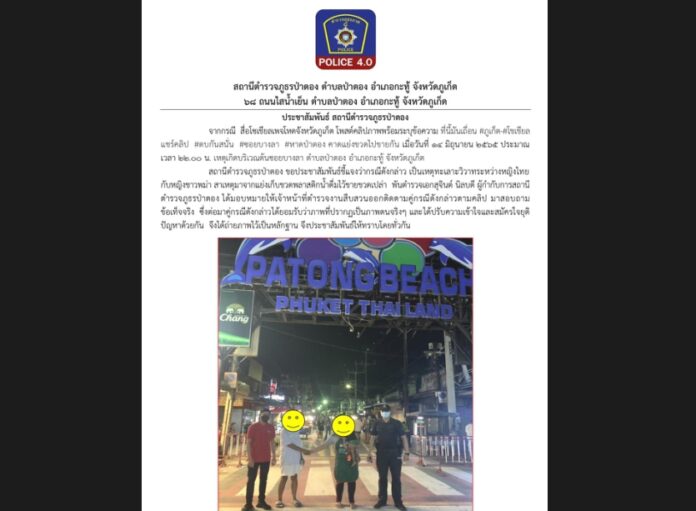 Phuket police tracked down people who were caught on camera fighting on Bangla Road. A video of the fight later went viral on social media.

A video clip of two people fighting on Bangla Road in Patong has gone viral on social media last week. However, Patong Police said no one officially filed a police report on this incident.

Lieutenant Colonel Wuttiwat Leangboojinda of the Patong Police told The Phuket Express, “We have called both parties to the Patong Police Station this week. They admitted they were the people in the viral video clip who were fighting with bottles from trash bins on Bangla Road. They both were fined and apologized to each other.”

The Phuket Express noted police did not reveal how much they were fined. Lt. Col. Wuttiwat also did not name the suspects, stating that the matter was settled.