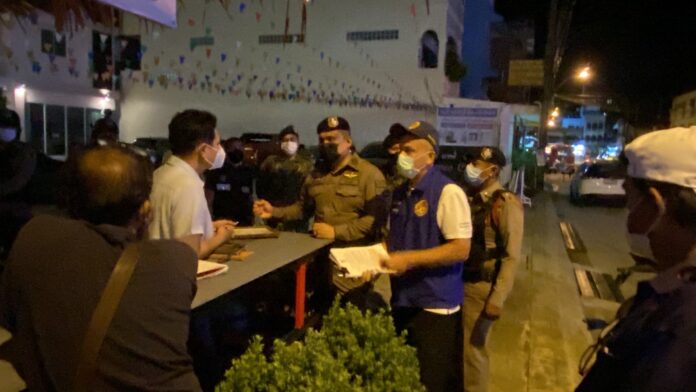 Phuket City officials reported they have arrested Mr. Sit who was presented as a manager of an unnamed entertainment venue in Phoonpon, Talad Nuea sub-district. He has been accused of breaking Phuket orders in terms of being opened over the legal closing time, breaking Covid- 19 measurements, and allegedly breaking set entertainment venue laws around not recording staffer’s CV and personal information before employing them.

Officials noted anonymous local residents and concerned citizens have complained over loud noise after the legal closing time, currently midnight but expected to move to 2AM sometime in July.

Officers have also arrested Mr. Eak, 23 who was presented as a manager of an unnamed bar in Phuket Town. He has been accused of not following Phuket orders and Covid- 19 measurements which operated venues as a risk to Covid -19.

They were both taken to the Phuket City Police Station for further legal action.