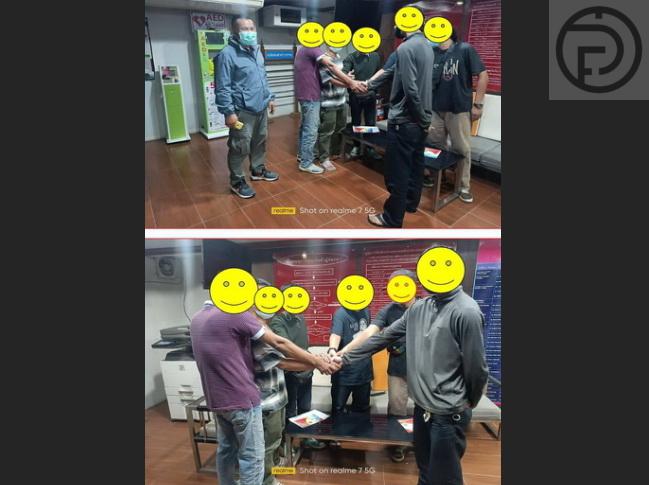 Six taxi drivers have been arrested yesterday (June 21st) after a video clip of motorbike taxi drivers fighting has gone viral in social media this week.

A video clip from a dash cam of 4-5 taxi drivers wearing blue jackets fighting on Taweewong Road on June 18th has gone viral in social media.

Lieutenant Colonel Prasert Thongplew of the Patong Police told the Phuket Express, “The fighting was between Tuk Tuk taxi drivers and a private motorbike driver after they argued about taking customers and parking spots.”

“Six people have been arrested yesterday as we have finished collecting all the details about the operators in Patong. They told us that they misunderstood about the incident and both parties don’t want to take any legal action against each other. They shook hands and apologized.” Lt. Col. Prasert stated.

It’s unclear if any further charges will come of the incident after both parties declined legal action and apologized to each other.

None of the people involved in the brawl suffered any significant injuries, Lt. Col. Prasert added.