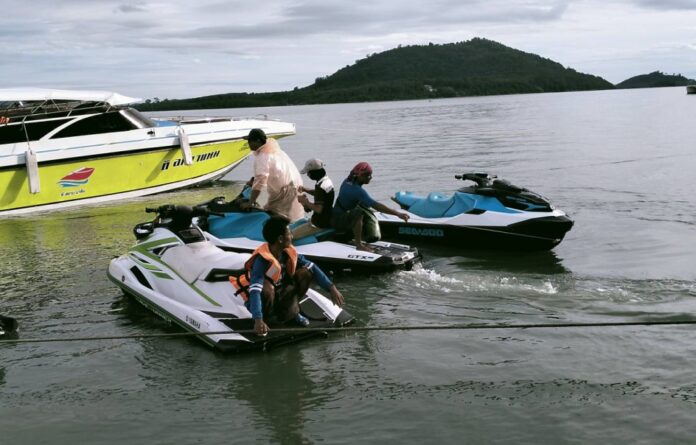 A missing man has been found and safely taken back to Phuket after his jet-ski ran out of gasoline in Phang Nga.

The man contacted his boss via mobile phone at an unnamed company and said that at 6:00 P.M. that his jet-ski ran out of gasoline near Khai Nai Island in Phang Nga and he needed help. After that, contact was lost due to poor reception.

The missing man, Panit, was found on a jet-ski near the area he was last reported when his jet-ski ran out of gasoline in the middle of the ocean. At 7:40 A.M.. he was taken back to a pier in Koh Siray. Panit was reportedly tired and dehydrated but overall well.