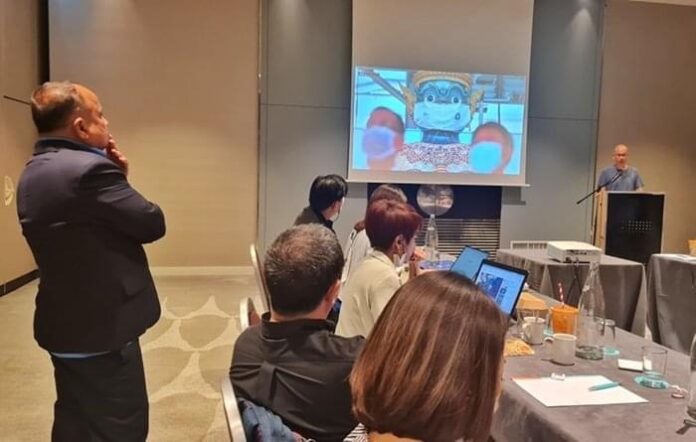 The Phuket Governor, while visiting Paris, France, is set to suggest ideas for Phuket as a candidate to be the host of the Specialised Expo 2028-Phuket Thailand.

The Phuket Governor Narong Woonciew and other relevant officers are visiting Paris in France to suggest ideas as Phuket is ready to host ‘Specialised Expo 2028-Phuket Thailand’ under the concept ‘Future of Life : Living in Harmony, Sharing Prosperity’. There are five countries as candidates which are Thailand (Phuket), America, Argentina, Serbia, and Spain.

The Dinner Reception of Phuket Night at Aquarium de Paris was held by presenting signatures for Phuket as a candidate for the expo. More than 170 voters from 170 countries voted for candidates.

At the end of this month the BIE committees will come to Phuket to see if Phuket will be ready to host the event. The result of the vote for which country will be the host will be announced in March of next year, 2023.

Specialised Expo 2028-Phuket Thailand will be held, if approved as a candidate, for three months in 2028 from March to June. It is expected that 4.9 million people will join the event which will generate millions of baht..