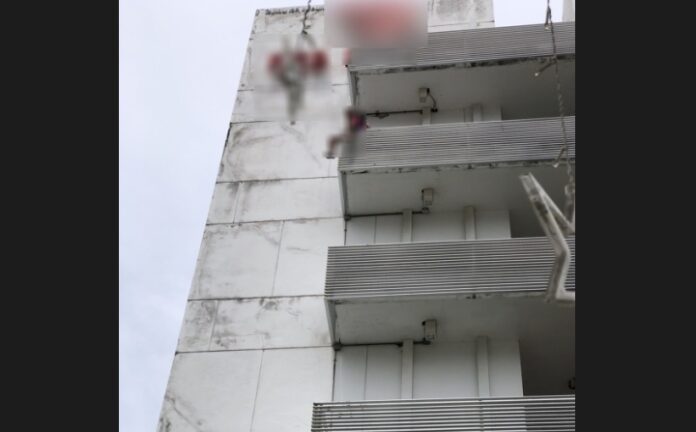 A man was rescued after trying to jump from the 4th floor of a hotel in Patong at noon today, June 21st, 2022.

Staffers from the Department of Disaster Prevention and Mitigation (DDPM) was notified of the incident at noon at a hotel on Ratcha Uthit 200 Pi Road in Patong.

Patong Patrol Police and rescue workers arrived at the scene to find a Thai man on a ladder fire escape balcony in a state of extreme duress.

Rescue workers used an air mattress to spread on the ground below the balcony to provide support if the man fell or jumped. Patong Patrol Police went up to the 4th floor to talk with the man. The man was aged around 35-40 from Chachoengsao. His name was withheld by law enforcement and our editorial policy.

The man stated to the media and law enforcement that he was openly dating two women currently and both were his girlfriends, both aware of each other and the open relationship. This had traditionally worked out for all three parties in the past. 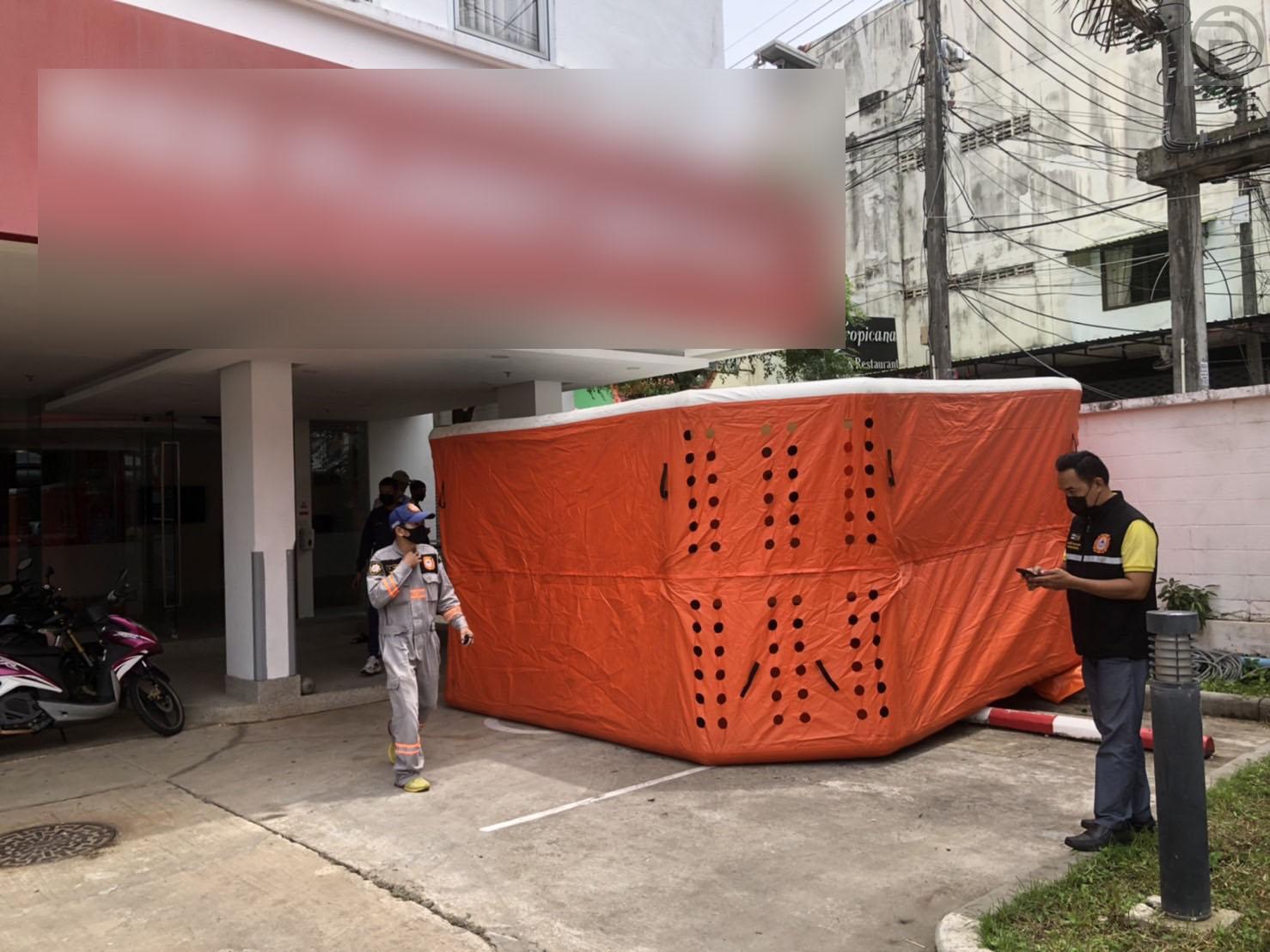 However, today the man told police he had a major argument with his first girlfriend without specifying what the issue was. So, he went to the hotel with his second girlfriend and also got into an argument before he went up on the 4th floor and threatened to jump due to the stress of the situation.

Police called both his girlfriends to talk with him and all parties agreed to calm down and the man agreed to climb down safely.

No charges were filed in the incident.