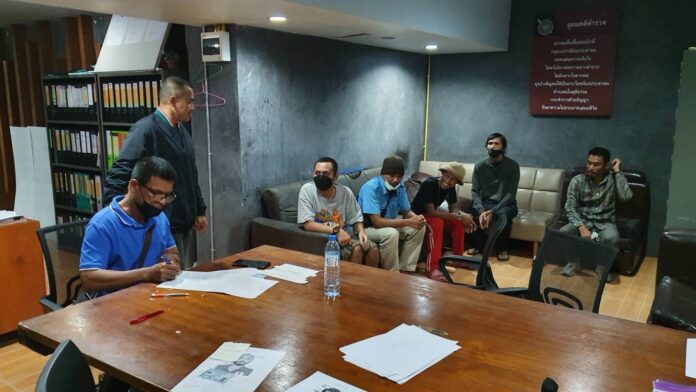 A group of public transport taxi drivers presented themselves at Patong Police Station on Saturday evening, June 18th, after being captured allegedly attacking a motorcycle taxi driver at Thaweewong Road in Patong subdistrict, Kathu district in the early hours.

A 39-second-long dashcam footage that went viral overnight shows a group of 4-5 motorbike taxi drivers wearing blue jackets fighting on Taweewong Road at around 12:44 AM. on Saturday. 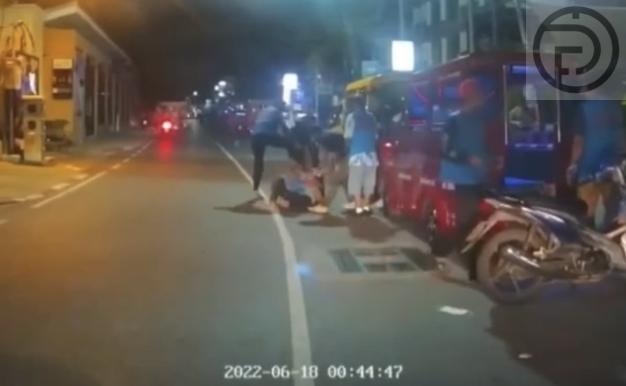 As of 8:30 PM., Police Colonel Sujin Nilabodee, superintendent of the Patong Police Station, told local reporters that the group of alleged attackers were tuk-tuk drivers and motorcycle taxi drivers. All of them were summoned to the police station after the police had examined the footage and were able to identify the assailants.

Five of the drivers captured in the clip already presented themselves to the officials while the victim was still unreachable. The investigative team was searching and looking for more leads to contact him but his location was still unknown. 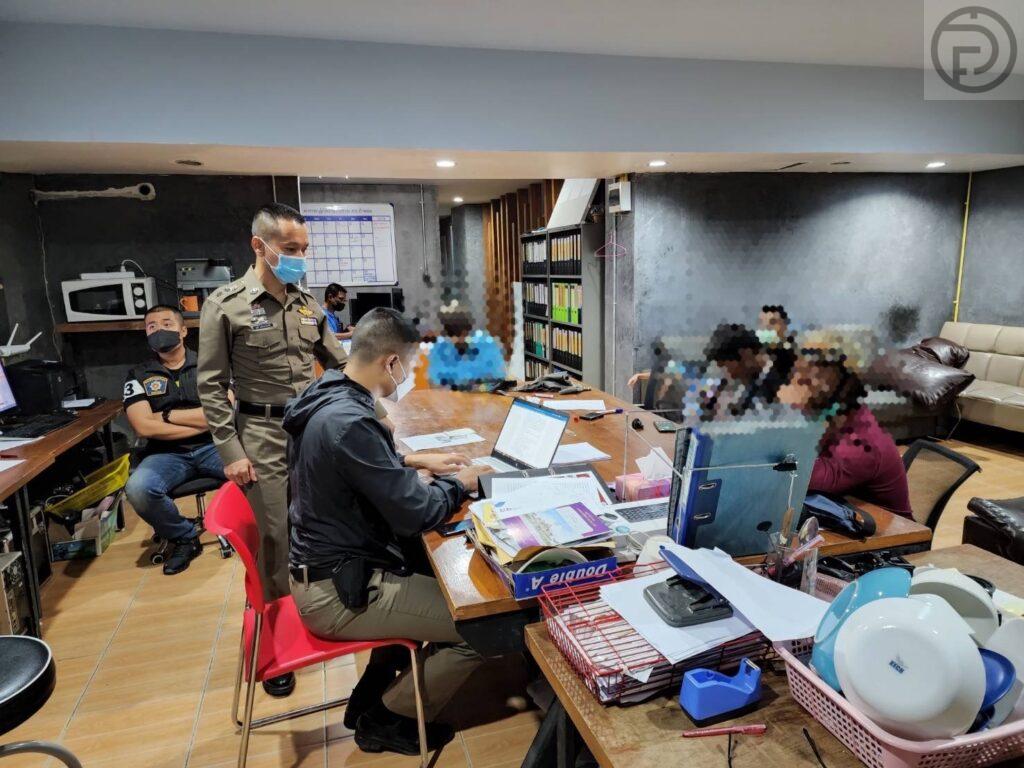 “According to the perpetrators, the motorcycle taxi driver drove to pick up a tourist at the scene of the incident. The taxi stand group then shouted and warned him which led to a heated argument and a fight. Now, the rider had not filed a complaint against the perpetrators but the police would detain them for daily records and further interrogation, the superintendent said.